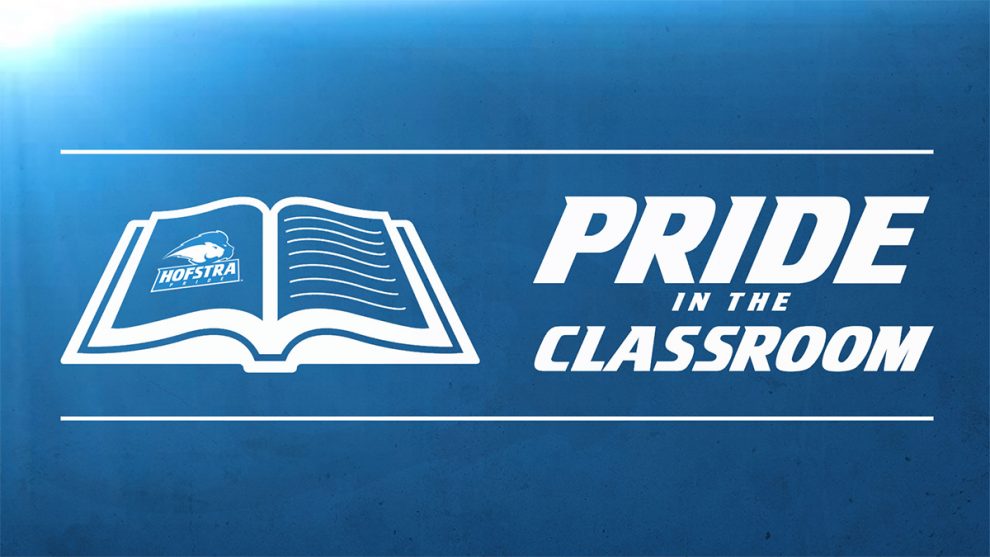 Despite unprecedented obstacles, Hofstra University student-athletes overcame the challenges of moving to a virtual classroom and posted an incredible 3.61 grade point average during the Spring 2020 semester.

“Our student-athletes thrived in the face of adversity and uncertainty this semester and we couldn’t be more proud of them,” commented Hofstra Vice President and Director of Athletics Rick Cole Jr. “They adjusted to a new learning model and once again showed the world the type of true champions they are. We always talk about building champions in academics, athletics, community, and life – and this semester our student-athletes checked all the boxes. We applaud them for their amazing work and thank Rachel Peel-Macandrew and Everette Benjamin from our academic support area and everyone else that played a role in the academic successes of our student-athletes. Everyone in our department embraced the challenges of this semester, displayed leadership, and made the focus on our student-athlete’s well-being.

Hofstra’s two Colonial Athletic Association team champions during the 2019-20 year had outstanding semesters as the men’s basketball team posted a 3.44 GPA and the women’s soccer team had a 3.76 GPA.

The women’s soccer and women’s indoor/outdoor track teams had the most overall 4.0 GPAs this past semester with seven, while the men’s soccer team had five to lead on the men’s side.

The NCAA also recently recognized Hofstra as five programs received the NCAA Public Recognition Award for having multi-year APRs in the top 10 percent of all squads in each of their respective sports. Earning the award this year is men’s basketball, women’s cross country, field hockey, men’s golf, and women’s tennis. In addition, a total of 10 Hofstra teams had at least a 990 multiyear APR, marking the third straight year Hofstra has had at least 10 teams with at least a 990 score. Hofstra had 17 teams that equaled or surpassed the NCAA national average of 983. The Hofstra men’s basketball team was one of only 12 men’s basketball programs nationally, and the only one in the Colonial Athletic Association, to post a perfect multiyear APR of 1,000.

Hofstra student-athletes have a dedicated staff at the Fried Center for Student-Athlete Development in James C. Metzger Hall who guide each student-athlete to success from the time of enrollment to graduation. The Fried Center provides space for private study, computer labs, and a private conferencing area for tutoring and mentoring appointments.