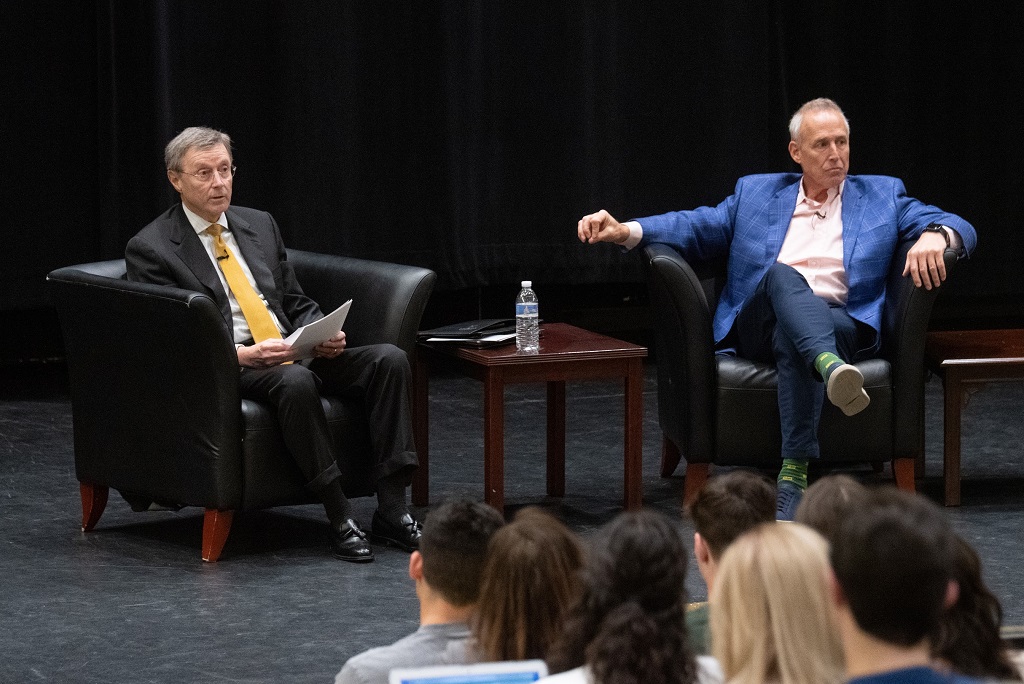 Today, with the widespread legalization of medical marijuana and its components, and the growing number of states allowing adult use of cannabis products, all aspects of the cannabis industry have become corporatized, strictly regulated, and often very profitable.

“It has been estimated that when it reaches maturity, cannabis will be a $70 billion industry in the U.S.,” said Maine. “Without doubt, state legislative action has been the dominant factor in its expansion. In 1996, California became the first state to legalize medical marijuana. Today, there are 33 states where medical use of cannabis is legal. Colorado became the first state to legalize recreational adult use in 2012, and now there are 11. There will inevitably be many more.”

At the same time, federal laws and the lack of federal legislation governing the cannabis industry has hindered its growth, profitability and promise. Because cannabis is nationally illegal, the industry has little access to banking services, forcing it to be a cash business, Maine and Murphy noted. All research must be privately funded. Taxation is far higher than typical corporate rates, reaching 70 percent in some instances. And, of course, because it is not nationally legal, cannabis businesses cannot operate across state lines.

Acreage CEO Kevin Murphy recounted his entry into the business.

“In 2011, I was approached by someone who had invested significant capital in a medical cannabis business in Maine,” he said. “Although medical marijuana had been legalized in Maine back in 1998, only a handful of other states had embraced it. I was initially very skeptical about the viability of the industry, but when you can grow it for $400 a pound and sell it for $400 an ounce, it’s pretty hard to ignore the math.  But it wasn’t until I sat down with physicians who helped me understand the vast medical benefits of cannabis that I began to see the real value of both the product and the business.”

Fast forward to today and Acreage Holdings has grown to become one of the largest players in the U.S. cannabis industry. It has also attracted the support and involvement of a number of nationally and internationally recognized figures, including former Speaker of the House John Boehner and former Canadian Prime Minister Brian Mulroney, both of whom have become Acreage directors.

“We don’t discriminate between whether someone wants to use cannabis for health reasons or social reasons,” said Murphy. “Our business is to offer safe, predictable products that aren’t from the black market, thus avoiding a lot of the medical and social problems that come from unregulated and criminal enterprises.”

According to Maine, Acreage and other cannabis businesses include three major aspects: cultivation, processing, and dispensaries. Because the product cannot cross state lines, each of these components must be built and managed on a state-by-state basis. The growing and processing facilities are highly sophisticated operations, with the latter akin to any pharmaceutical manufacturer. Retail dispensaries are designed to be comfortable rather than clinical. And there are a broad range of employment opportunities, from agricultural engineering, chemical and R&D, to branding, marketing and other traditional business careers.

“As large as the legal cannabis market is in this country, it’s important to realize that today, it is only 25% of the total,” Murphy observed. “The other 75% is in black market sales. We believe that soon after we legalize nationally, those percentages will reverse. Legalized cannabis brings in new tax revenue, alleviates suffering and makes for a safer society. Let’s be clear: 95 percent of the people in this country believe medical marijuana should be available. Sixty-six percent believe all use of marijuana should be legal. There is a sea change happening, and if you can be on that curve, you’re going to be in good shape.”