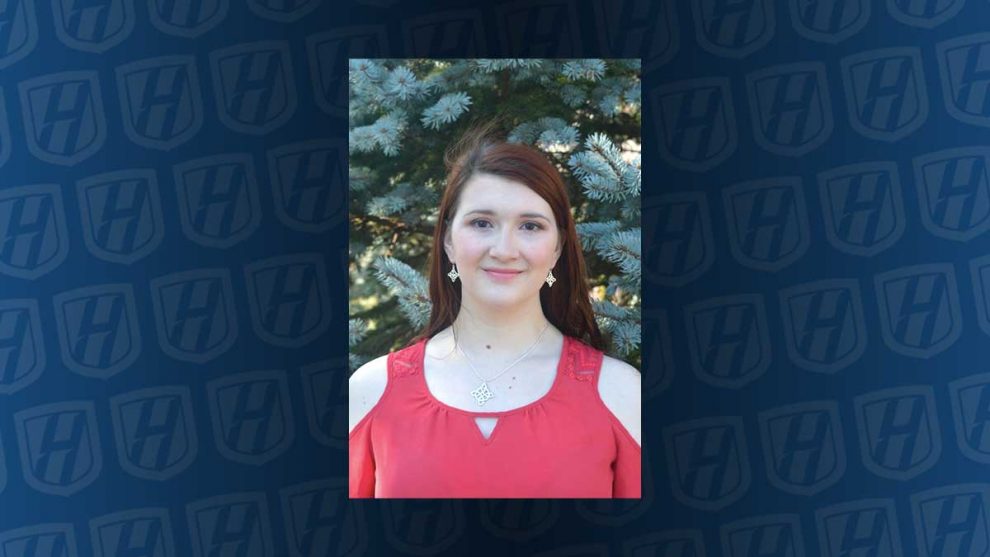 Honors College student Caitlin Murray ’23 has a voice for song and a proficiency for numbers. The dual music and math major recently participated in Broadway World’s online “Next on Stage” national online competition where she progressed to the second round of performers with the song “Don’t Lose Ur Head” from the musical Six.

Even though Murray, a resident of Broadalbin, NY did not make it to the competition’s finals, the experience gave her a big boost in confidence. “I feel like I was seen, and it was very rewarding.”

Majoring in both music and mathematics, she says, has always been her plan. “Music is the dream. A career as an actuary is my fallback. But I love both.” She explains that as a child her father, a self-described math nerd, would work with her on logic puzzles and teach her advanced math problems. “I actually enjoy algebra and calculus. Whatever the problem is, there is always a single correct answer. The challenge is discovering how to get there.”

Music “is about expression and emotion,” says Murray, whose dream is to someday portray Christine Daae in Phantom of the Opera. In addition to vocal performance, Caitlin plays bassoon and performs with five of the Music Department’s large ensembles and an equal number of its chamber groups. Upon returning to campus for her sophomore year, Murray plans to be more active in the Music Department and also step up to participate in the open mic nights regularly sponsored by Hofstra Honors College.