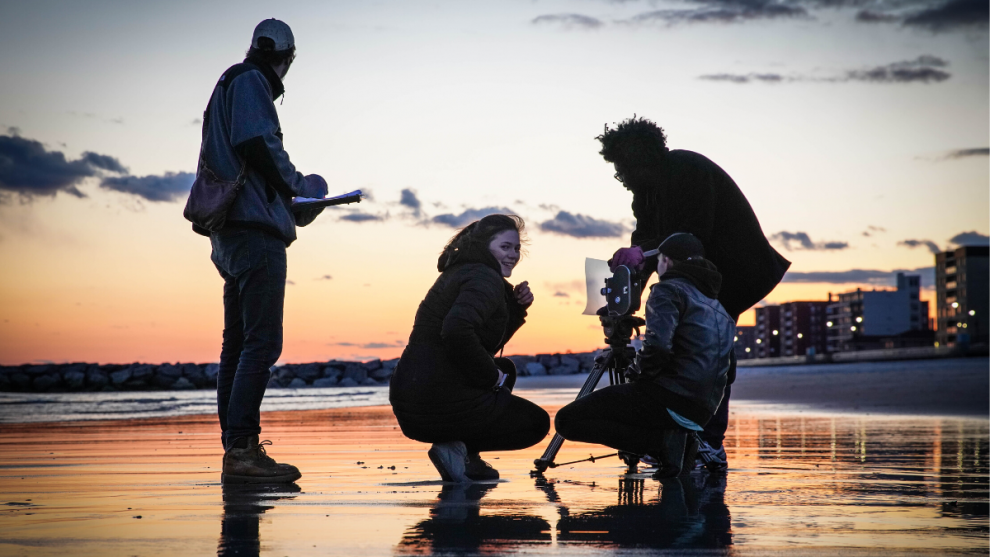 The Lawrence Herbert School of Communication at Hofstra University was named to Variety magazine’s 2020 list of top film schools around the globe. Two Herbert School professors in film and television were also honored as top educators.

This is the fourth time in six years that the Herbert School has been singled out by Variety; in addition to this year’s honors, it has been previously recognized in 2017 (“Stellar Film Schools”), 2016 (“Best Showbiz Programs”) and 2015 (“110 Students to Watch”).

“I’m proud that our program continues to be recognized among the top film schools worldwide and that two of our professors were acknowledged for their passion for their craft and their vision for its future,” said Mark Lukasiewicz, dean of the Lawrence Herbert School of Communication.  “This honor reflects our commitment to providing students with countless new and innovative ways to express themselves creatively, in film and in all media.”

Assistant Professors Russ Harbaugh and Geoff Tarson are two of just 11 educators selected for this year’s list, and were honored for their outstanding work in the film and television writing program.  In the Department of Radio, Television, Film, Professor Harbaugh teaches screenwriting and script analysis, while Professor Tarson teaches several television writing and producing courses.  Both noted in Variety that the Herbert School is developing a new Bachelor of Fine Arts (BFA) degree program in Writing for the Screen and had recently renovated one of its in-house television studios.

Professor Harbaugh’s feature film debut was the widely praised Love After Love, which Esquire magazine named among the best films of 2018.  Professor Tarson is an accomplished television writer with a 30-year history in the entertainment industry. He has worked for NBC and The Disney Channel and written more than 20 produced scripts.

Particularly as the COVID-19 crisis forced colleges and universities to turn to online classes, Variety noted that Hofstra University is among the schools not only “prepping their students for successful careers in the entertainment biz” but also “guiding them with structure and encouragement and artistic expertise through one of the most turbulent eras in modern-day society.”