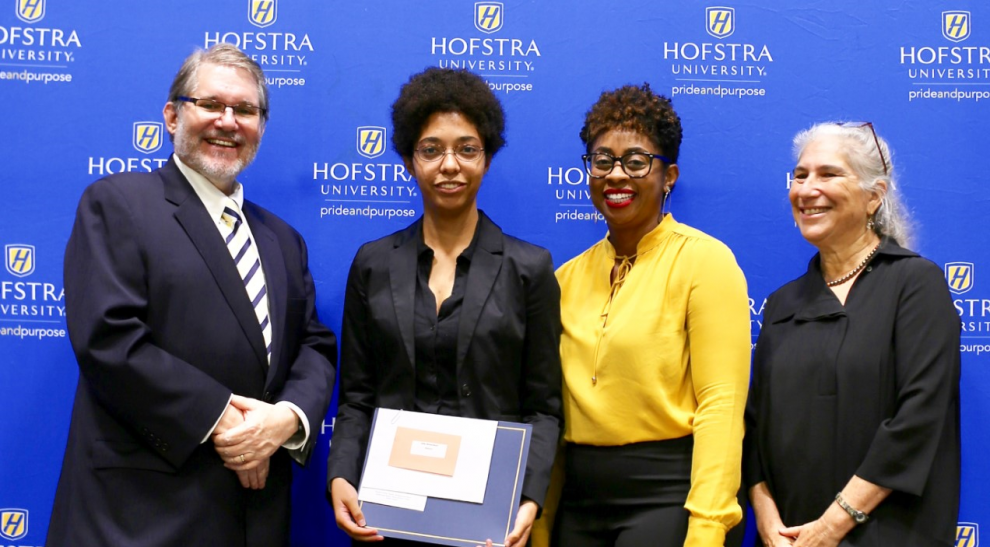 Allie Richardson ’20 has been awarded a Fulbright Study/Research Grant to conduct research on late medieval Germany at the University of Trier in 2021. Richardson, who lives in the suburbs of Atlanta, GA, has a dual major in history and German.

“The Fulbright experience will surely be a transformative moment in Allie’s life and future career,” says Professor of History Simon Doubleday, who has advised Richardson’s research on the social and political struggles of 13th century Strasbourg. “She is an exceptionally accomplished, self-motivated, and articulate student, with excellent language skills in modern German. She has been able to put these skills to good use in her research, while also wrestling with the unique challenges of reading original medieval texts in Middle High German.”

The Fulbright U.S. Student Program is the largest U.S. exchange program available to students and researchers worldwide. And according to Elfreda V. Blue, Vice Provost for Graduate and Undergraduate Studies, “it is one of the most highly competitive prestigious academic awards available.” The program currently awards approximately 2,000 grants annually in all fields of study and operates in more than 140 countries worldwide.

Richardson, a 2019 recipient of Hofstra’s Firestone Fellowship had already started formulating ideas for her application before embarking on a study abroad experience last summer in Strasbourg. There, she immersed herself in the Archives de la Ville et Metropole for a project: “The Medieval Free City of Strasbourg: How Imperial Free Cities of the Holy Roman Empire Gained and Maintained Their Status.” With Professor Doubleday’s guidance, she has continued researching this topic for her senior thesis.

Earlier this academic year, Richardson was recognized with an Award for Academic Excellence from HCLAS. Specifically, professors praised her paper, “Sharecropping and Serfdom: A Comparison of Bonded Labor,” that demonstrated the ways serfdom in Russia and sharecropping in the United States interfered with the economic mobility of free people. That paper earned Richardson Hofstra’s Robert Sobel Endowment Award for best work in American economic history.

“It’s really interesting to know stories of the past and how we have changed as a society,” Richardson said. “It sounds cliché to say that history repeats itself, but there is so much we can learn from the eras before ours. Even now with the COVID-19 crisis, there are lessons from the Spanish flu and pandemics of the past that help us better understand how to come through this one.”

“Even though my focus is on the late Middle Ages,” she said, “there are aspects of that society that were really not so different from our own. People were living, working, listening to music, going out, and enjoying their families and friendships.”

Richardson’s long-term plans include graduate school, where she hopes to earn a PhD in German history. She advises incoming Hofstra students to pursue majors they are innately drawn to.

“I’m consistently asked what I plan to do with my degrees in history and German,” she says. “Well, I’ve studied abroad, and I now have the Fulbright opportunity. I know how to do in-depth research and can speak and write fluently in two languages. These are universal skills that would be valued for multiple types of work. I firmly believe that students should spend college studying what interests them – what they love – and the rest will fall into place.”