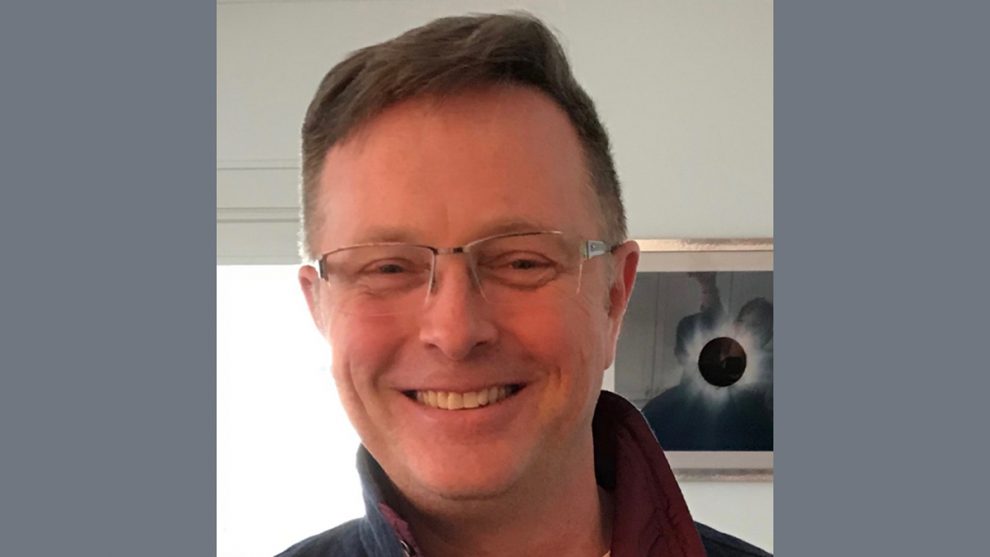 Stephen Lawrence, professor of physics and astronomy, is one of an elite group of scientists in North America to be recognized as a Fellow of the American Astronomical Society (AAS).

This new accolade honors AAS members for noteworthy service to the organization, original research and publication, innovative contributions to astronomical techniques or instrumentation, and significant contributions to education and public outreach.

A member of the Hofstra faculty since 2001, Professor Lawrence’s research focuses on  ground- and space-based observations of stellar explosions, their remnants and their light echoes.

Since the mid-1990s, he has also been active with AAS to advance LGBTQ+ visibility and equality in astronomy. His advocacy started out informally, as part of a group of researchers who organized their own programming at national meetings, and brought to the attention of the AAS governing council issues of importance to the LGBTQ+ community (e.g. domestic partner health coverage and other benefits equal to those granted to opposite-sex spouses, and transgender accommodations).

Dr. Lawrence and his colleagues petitioned the AAS leadership in 2011 for formal recognition. In 2014 the AAS council created the permanent Committee for Sexual Orientation and Gender Minorities in Astronomy (SGMA).  Dr. Lawrence was appointed chair of SGMA in 2017 and is still serving in that position.

SGMA does not work on LGBTQ+ equality exclusively. Since 2015 this committee and others in AAS have worked to address the overt and subtle discrimination that leads to women, racial minorities, gender minorities and persons with disabilities being under-represented in astronomy and other STEM fields.

The AAS Board of Trustees selected the inaugural 200 Legacy Fellows, of which Dr. Lawrence is a member. The honorees include past recipients of certain awards from the AAS or its topical divisions, distinguished AAS elected leaders and volunteer committee members, and previously unrecognized individuals with long histories of outstanding research, teaching, mentoring, and service. Singled out as the Inaugural Fellow of this first class of inductees is E. Margaret Burbidge, among the most influential female astronomers of the 20th Century and the first woman to serve as AAS present, from 1976-1978.