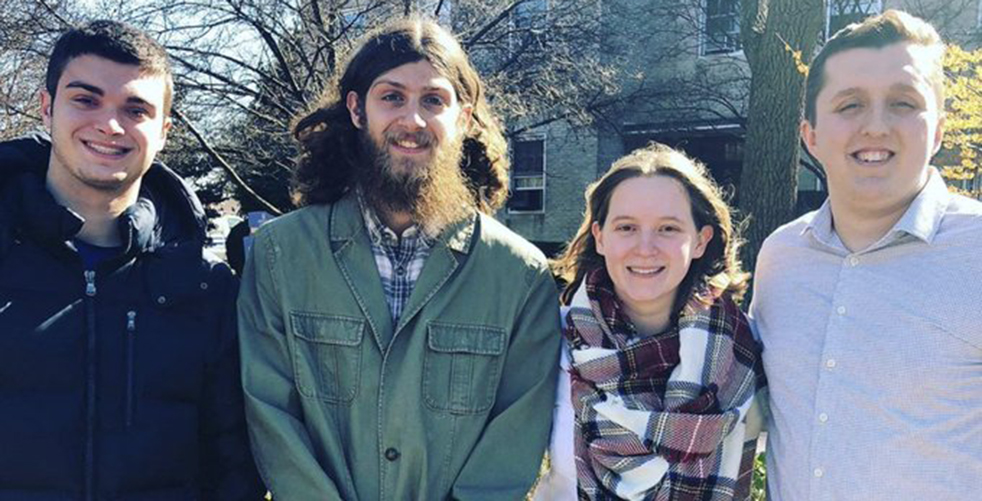 A team of Hofstra students had an impressive showing for the 80th Annual Putnam Exam, the most prestigious and challenging mathematics test in the United States and Canada. The four students emerged in the top 22 percent of teams that took the exam, and two of them received scores of 16 and 15. Zero or one is typically the average score for the grueling six-hour, 12-problem test.

Professor of Mathematics Dan Ismailescu, who administers the exam at Hofstra, noted that Crofts and Dimijian both finished in the top 20%, a distinguished showing in an extremely competitive contest. He also said that this is the first year in recent memory that Hofstra had two students score above a 10 on the test.

The highest Putnam Exam scorer in Hofstra’s history is Michael Cole ’89, who scored 59 points in 1988 for a national ranking of 74.5 out of 2096 participants. Dr. Cole is now an associate professor of mathematics at Hofstra.

Sponsored by the Mathematical Association of America, the William Lowell Putnam Mathematical Competition takes place annually on the first Saturday of December. The competition consists of two 3-hour sessions, one in the morning and one in the afternoon. The Putnam Competition covers a range of material in undergraduate mathematics, including elementary concepts from linear algebra, modern algebra, analysis, and number theory.