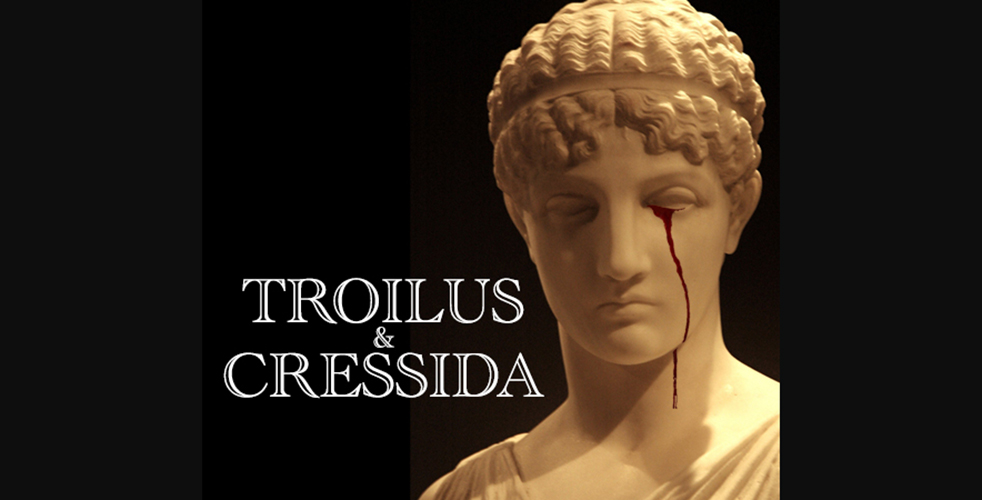 Hofstra’s Shakespeare Festival celebrates 71 years with its first production of Troilus and Cressida, performed February 28-March 8, 2020 at the Toni and Martin Sosnoff Theater at the John Cranford Adams Playhouse.

This year’s Shakespeare Festival also includes What You Will – a one-hour adaptation of Twelfth Night, suitable for young audiences – and a concert of early music by the Hofstra Collegium Musicum.

Troilus and Cressida, a love story that takes place during the Trojan War, is only now making its debut at Hofstra because – as director Royston Coppenger explains – it is considered one of Shakespeare’s “problem plays.” According to scholars, this is a trio that also includes Measure for Measure and All’s Well That Ends Well.

In Shakespeare’s epic tale of war-crossed lovers, Troilus and Cressida swear they will always be true to one another. But in the seventh year of the siege of Troy, their innocence is tested and exposed to the savage corrupting influence of war, with tragic consequences.

WHAT YOU WILL
A One-Hour Twelfth Night
by William Shakespeare
Adapted by Maureen McFeely
Directed by Ilona Pierce
A one-hour adaptation of Shakespeare’s comedy, suitable for young audiences.

“Shakespeare wrote these plays mid-career,” Coppenger says. “It was a time when he was being very reflective and questioning British society, romantic love, and warfare. The tone in his writing is hard to define. At times, it is comedic and then tragic. It is cynical and ironic. But we’ve found a very modern sensibility in Troilus and Cressida, which starts out as a comedy and then takes a very dark turn.”

This year is the first that the Department of Drama and Dance is not using its authentic Globe Stage replica since it was unveiled for the 2017 Shakespeare Festival. Coppenger says, “The plan was always to alternate the years that it was used, so that students could learn how to perform and adapt Shakespeare to different sets and time periods.”

Particularly with Troilus and Cressida, Coppenger wanted “the freedom of designing the space around the play,” rather than the other way around. He and his creative team are also employing multimedia effects to an extent that has never before been seen in a Shakespeare Festival.

Tickets for Troilus and Cressida and What You Will and the Hofstra Collegium concert are $10, $8 for senior citizens. Members of the Hofstra community receive two free tickets upon presentation of a current HofstraCard.

For tickets and information call the Hofstra Box Office at 516-463-6644, or purchase tickets online. If seats are still available on the day of performance, tickets will be sold at the door starting 90 minutes prior to show time at the theater box office window. (Please note, free tickets for Hofstra community members cannot be reserved online. They may be picked up at the Box Office.)