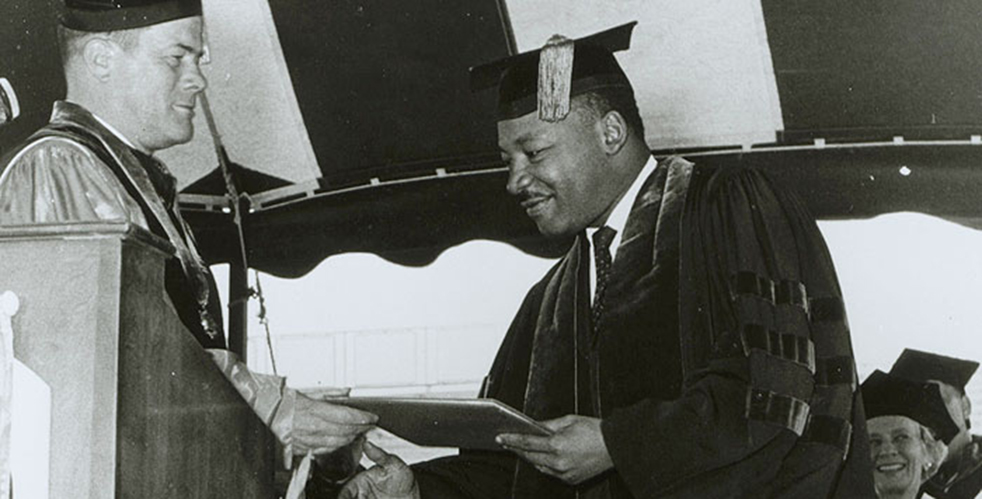 Civil rights leader Dr. Martin Luther King, Jr., was honored by Hofstra University in 1965, less than one year after receiving the Nobel Peace Prize and three years before his assassination.

Hofstra University President Clifford Lord and the Board of Trustees invited Dr. King to receive an honorary degree and address the graduating class of 1965. Dr. King’s longtime attorney, Harry Wachtel (who subsequently taught political science at Hofstra, 1967-71) was a friend of Hofstra Board of Trustees’ member Bernard Fixler. Mr. Fixler and Mr. Wachtel helped to make arrangements for Dr. King’s commencement appearance.

Dr. King wrote to President Lord: “I can assure you it is a privilege and an honor to be an alumnus of Hofstra.”