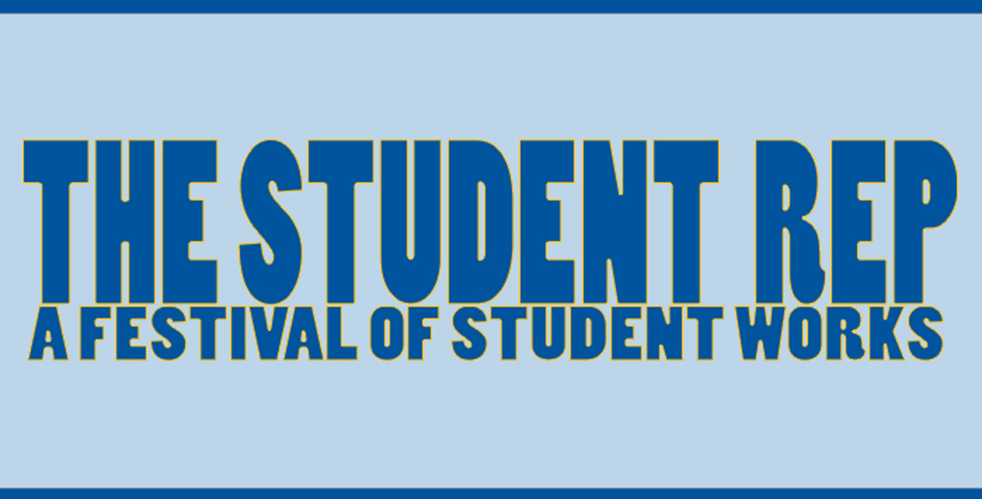 The fall 2019 Student Rep, a festival of student theater works, presents Am I Blue, Guernica, Sorry, Wrong Number, and MOVOM (An Evening of Dance), a series of performances produced by students, December 6-9.

“What I enjoy most about the Student Rep is helping our students take their vision and bring it to life on stage,” said Thomas McCoy, a technical director with the Department of Drama and Dance. “It’s a very collaborative and rewarding process.”

Am I Blue?, a coming-of-age story, is produced by Angeline Meller ’19 and directed by Professor Jennifer Hart. It marked the 1974 playwriting debut of Beth Henley, who subsequently won a Pulitzer Prize for Crimes of the Heart. Set in New Orleans’ French Quarter, Am I Blue? follows two young people through a long night of self-discovery and unlikely friendship. The small cast includes Meller, Michael Lepore ’20 and Autumn Dion ’21.

Sorry, Wrong Number is an adaption of Lucille Fletcher’s famous 1943 radio-play thriller. A bedridden young woman listens in on a crossed telephone connection to two men planning a murder. As she pieces their conversation together, she comes to the terrifying realization that she is the target of their plot. Produced and directed by Nicole Crivelli ’20, the cast features Erica Fletcher ‘21, Ava Grace ‘21, Rachel Kinzler ‘20, Anna Martinsky ’20 and Nicolette O’Keefe ‘21.

Dance students have collaborated to present an assortment of contemporary, modern and tap pieces into the MOVOM performance. This part of the Student Rep is a compilation of 10 dances, each choreographed by a different student.  Dance major Audrey Stevens ’21 says, “Every choreographer has been very innovative and creative. The diversity of the pieces makes for a very interesting collection of performances.”

Show times for Hofstra’s Student Rep 2019 are December 6-9 at 7 p.m. at the Joan and Donald Schaeffer Black Box Theater, Joseph G. Shapiro Family Hall, South Campus. Admission to the performances are free. For more information, call the Department of Drama and Dance at 516-463-5444.

The Debate on Women Deacons Continues
Lessons from the Nixon Impeachment