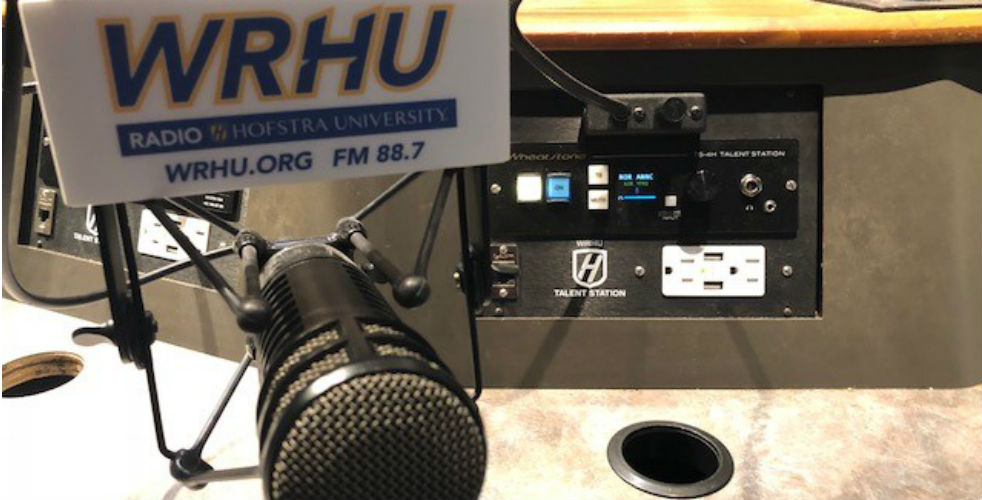 The Long Island Nets and Radio Hofstra University WRHU 88.7 FM will expand their partnership to incorporate television production for the 2019-20 season. WRHU, a three-time Marconi Award winner and the nation’s top-ranked college radio station, will also continue as the team’s flagship radio station.

This is the first season that WRHU will partner with the Nets to produce the televised broadcasts of all 24 home games, which air on multiple platforms including the NBA G League website and mobile app, ESPN +, Twitch, NBA TV, and Facebook Live. Students, led by WRHU’s Director of Operations John Mullen and General Manager Bruce Avery, will work and learn as producers, audio engineers, 3-play/replay engineers, and graphics operators and coordinators.

“The Long Island Nets have had a very fruitful relationship with Bruce Avery, John Mullen and the students of WRHU,” said Alton Byrd, Vice President, Long Island Nets Business Operations. “We look forward to working with Hofstra University on creating a best-in-league television production with our talented in-house production team.”

WRHU will continue its radio coverage on 88.7 FM and WRHU.org of Nets home games at NYCB LIVE, home of the Nassau Veterans Memorial Coliseum, a collaboration which began in 2016.

“Partnering with the Long Island Nets gives our students an outstanding opportunity to collaborate with an exceptional local sports franchise,” said Mark Lukasiewicz, Dean of Hofstra University’s Lawrence Herbert School of Communication.  “Our students are proud of the work they do and the skills they develop bringing Long Island Nets broadcasts to a wide audience.”

Over the past three years, the partnership has helped student staffers sharpen communication and production skills. “Both WRHU and the Nets believe in giving opportunities to young adults and preparing them for successful careers, and we are honored to partner with the team for four straight seasons,” Mullen said.

WRHU won its third National Association of Broadcasters’ prestigious Marconi Award as College Radio Station of the Year in 2019, following wins in 2014 and 2017.  It was named the nation’s best college radio station for 2019 by BestColleges.com and by the Princeton Review for 2015 and 2016. WRHU’s student reporters have received honors from the New York State Associated Press Association, the Press Club of Long Island, the Society of Professional Journalists, and New York Women in Communications, among others.

The broadcast team will once again be voiced by play-by-play announcer and Hofstra alumnus Kevin Dexter and analyst Matt Estreich. Dexter enters his fourth season of NBA G League basketball coverage, and has been the play-by-play voice of the Long Island Nets since the team’s inaugural 2016-17 season. Estreich enters his second season of NBA G League basketball coverage serving as the team’s color analyst. Also joining Kevin and Matt as part of the broadcast team are producer Glenn Petraitis and director Corey Clarke.

Long Island Nets fans can find information on where to watch all Nets games at longisland.gleague.nba.com and can listen to games on WRHU 88.7 FM and WRHU.org.