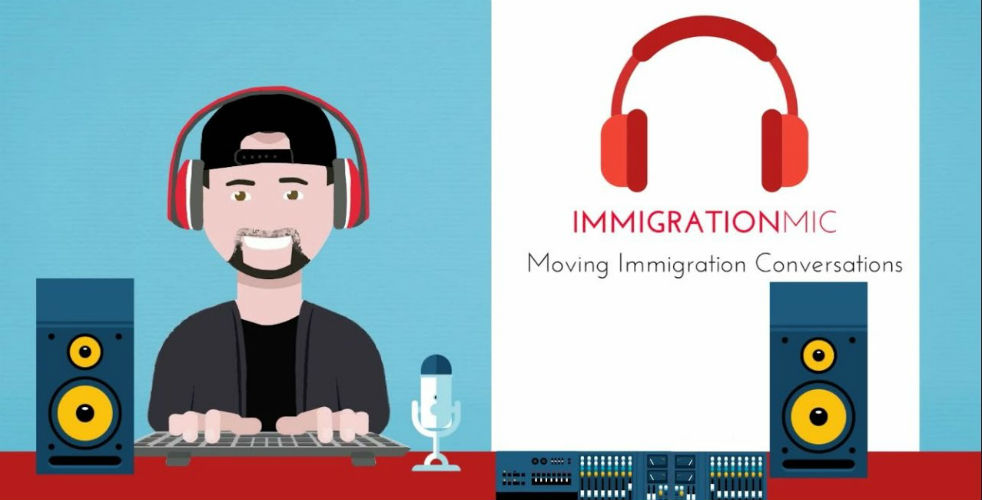 The Lawrence Herbert School of Communication will host a live in-studio presentation of the 100th episode of the popular podcast, “Immigration MIC,” on Wednesday, November 13, 2019, 3:30-5 pm, Studio A.

The podcast will examine immigration concerns on Long Island, and will be held one day after the U.S. Supreme Court is scheduled to hear arguments challenging President Trump’s decision to end the Deferred Action for Childhood Arrivals (DACA) program, which protects some undocumented immigrants who came to the United States as children from deportation.

“This is a timely opportunity for students, faculty, activists and community members to discuss this acclaimed podcast’s impact on both the local and national conversations about immigration and where we go from here,” said Mario A. Murillo, vice dean of the Herbert School and a radio professor with specialties in community-based radio journalism, Latin American studies, and citizen’s media.

Professor Murillo will introduce the participants, who include:

The event is free and open to the public, but registration is required.

Presented in collaboration with the Center for Civic Engagement, the Center for “Race,” Culture and Social Justice, the Latin American and Caribbean Studies program, and the Hofstra Cultural Center.