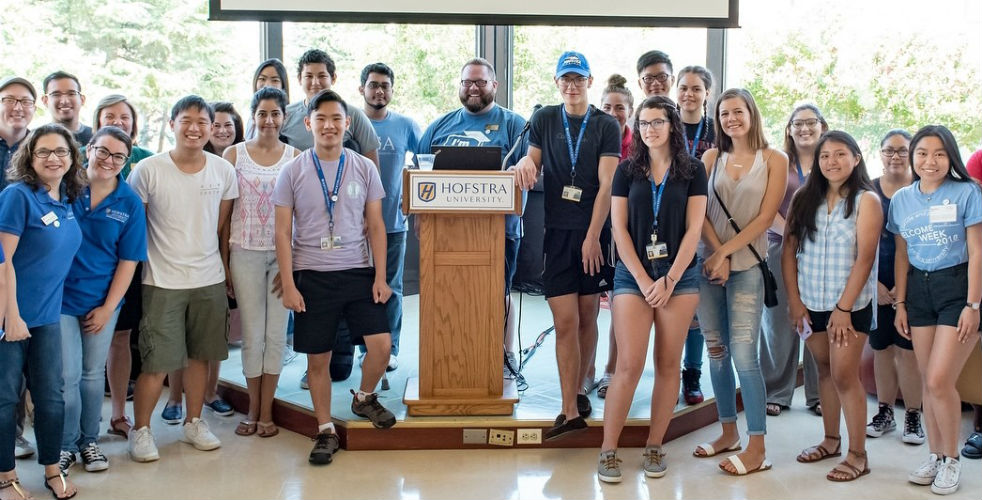 Hofstra University was featured in an article about living-learning communities for first-generation students in Talking Stick magazine, a publication of ACUHO-I (Association of College and University Housing Officers-International). It noted:

“The First-Generation LLC at Hofstra University focuses on creating a sense of community and pride for first-generation students. After last year’s pilot program, with a third of the students in the LLC identifying as first-generation, the program quickly grew. As Russ Smith, associate director of residence life, explains, ‘Applications filled around 60% of the building, and the remaining random assignments were made as cross-referenced against a list of students who identified as first gen, but who did not register a housing preference.’ Programming ranges from community-building social activities to transitional programs focusing on financial literacy and campus connections. Their most popular program is the ‘First-Gen Family Dinner,’ when a ‘chef’ cooks a family dinner for the students; chefs have included the provost, VPs, and several deans, many of whom identify as first-generation themselves.”

Earlier this year, Hofstra was named a First Forward Institution, a designation that recognizes colleges that have demonstrated a commitment to improving the experiences and advancing outcomes of first-generation college students. It was one of only three institutions in New York state and 80 nationwide to be recognized.