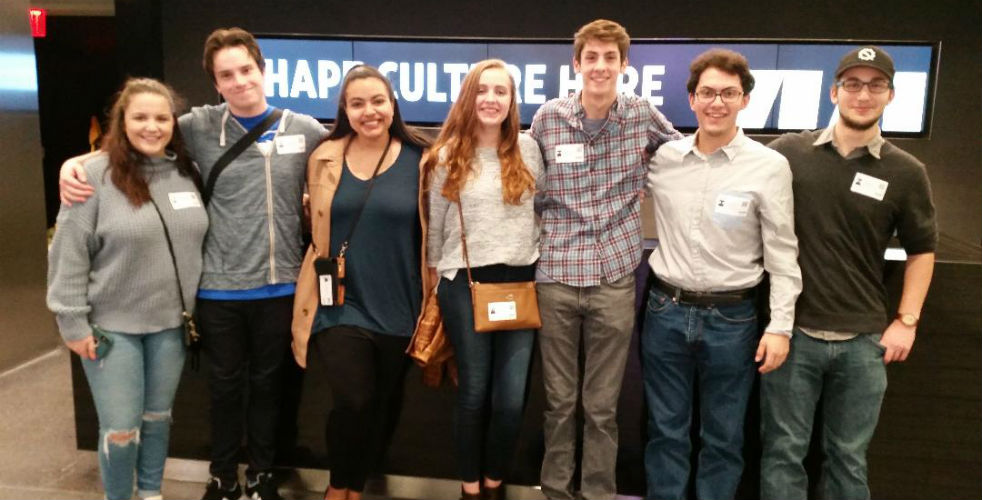 Television production students from the Lawrence Herbert School of Communication recently visited the new offices of CNN in New York City, where they toured the cable news channel’s newsroom, studios, and control rooms.  They were accompanied by Brenda Laux, an adjunct professor and former CNN employee, who introduced them to the network’s current directors, which include a Hofstra alum.