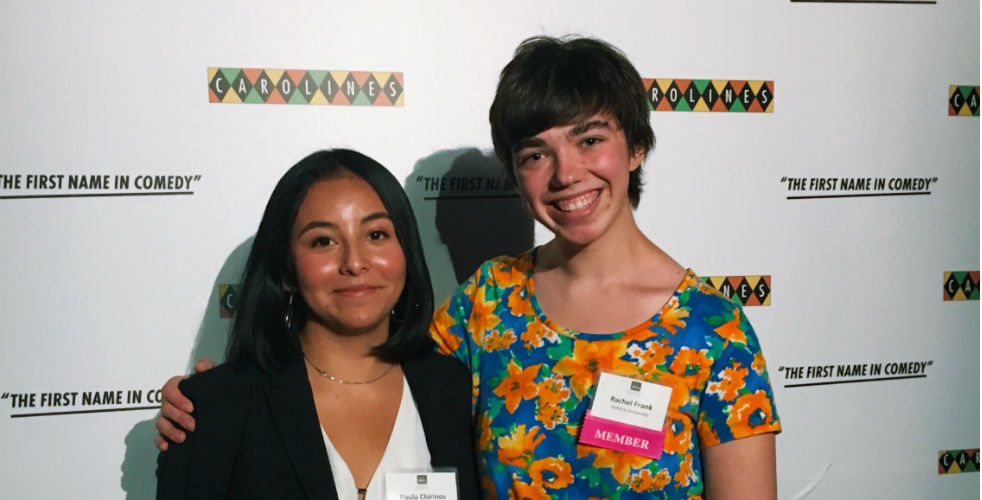 Paula Chirinos ’20, a senior public relations and global studies major from New Rochelle, NY, won a $10,000 scholarship from Meredith Corporation, a leading media and marketing company, where she also interned during the summer in its brand and corporate communications division. On campus, she is a global mentor for international students, a member of the Public Relations Student Society of America, and plays with the chamber and symphonic orchestras. She also leads a Spanish-language writer’s workshop at a local high school. This fall, she is interning at Pollock Communications, a health and wellness PR agency in New York City, and has previously interned with the Permanent Mission of Nigeria to the United Nations.

“Winning this award means so much to me because it gives women a voice and helps them achieve positions of power, which is something my family and I have been striving for since we moved to the United States from Peru many years ago,” said Chirinos, who has minors in marketing, geography, and civic engagement, and aspires to work for a global public relations agency, specializing in multicultural marketing in Latin American regions.  “I’d like to be involved with social corporate responsibility and advocate for underserved or minority-centered communities so that they can be well-presented within a company’s interests.”

Rachel Frank ’20, a senior English major with minors in drama and radio, television, film, won the Carlozzi Family scholarship, a $10,000 award that honors an undergraduate with demonstrated accomplishment as a writer.  Frank, who is spending the fall semester studying abroad at the University of Amsterdam, is the co-editor in chief of Nonsense Humor Magazine and a former vice president of the Hofstra Democrats. As aspiring television comedy writer, she is also assistant director and head scriptwriter at Acting Out New York, an on-camera acting studio for children based in Ithaca, NY, her hometown.

“I believe that comedy is an underutilized aspect of the communications field,” said Frank, who has published two novellas and is working on a third. “When employed to its full potential, comedy has the ability to unite people through facts or ideas that had previously isolated them.”

During the summer, both students volunteered at NYWICI initiatives including Ladies Who Laugh, an annual comedy fundraiser held at Caroline’s of Broadway.

“It’s been a wonderful professional experience to watch two things that are important to me, NYWICI and comedy, come together in such a spectacular way,” said Frank, of the event, which raises support for student scholarships.

The NYWICI Foundation was founded in 2000 to help women successfully enter the communications industry with financial support, professional guidance, and educational programs.  It is the largest foundation for communications scholarships for women in the country.

Both Paula Chirinos and Rachel Frank are featured in this video that highlights NYWICI’s 2019 scholars: