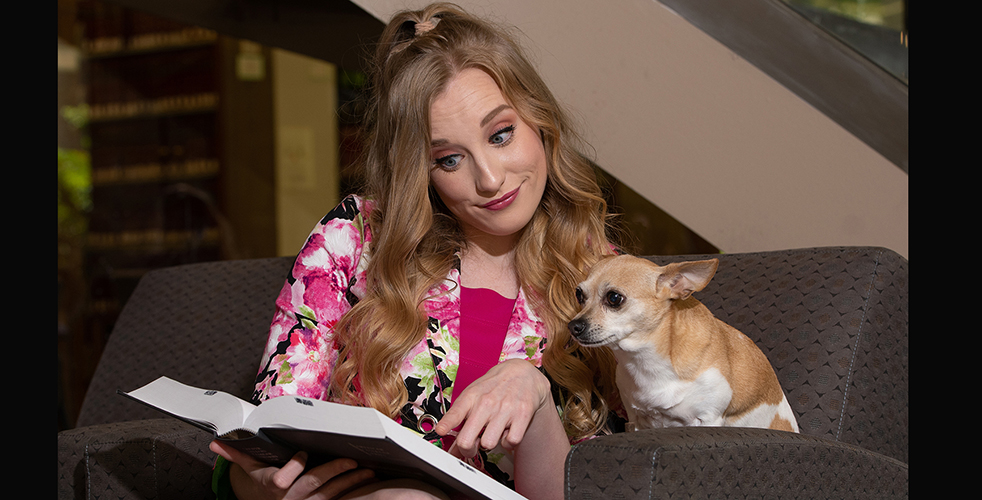 Hofstra University’s Department of Drama and Dance presents its major musical of the academic year, Legally Blonde – The Musical, at the Toni and Martin Sosnoff Theater at the John Cranford Adams Playhouse.

The show follows the story of the perky and sweet sorority girl Elle Woods, who appears to have it all. But her life is turned upside down when her boyfriend Warner dumps her so he can attend Harvard Law. Determined to get him back, Elle ingeniously charms her way into the prestigious law school. While there, she struggles with peers, professors, and her ex. With the support of new friends, Elle quickly realizes her potential and sets out to prove herself to the world. (Music Theatre International)

Tickets to each performance are $10; $8 adult 65+. Members of the Hofstra community receive two free tickets upon presentation of a current HofstraCard.

For tickets and information, call the Hofstra Box Office at 516-463-6644 or purchase tickets online. If seats are still available on the day of performance, tickets will be sold at the door beginning 90 minutes prior to showtime. (Free tickets for members of the Hofstra community must be picked up at the Box Office; they are not available online.)

A Head Start on Success
Changes to the ACT