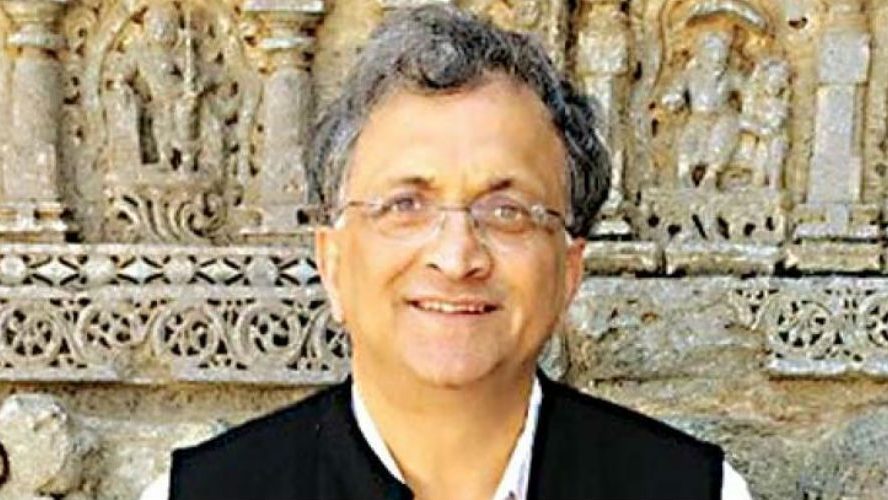 The Institute for Peace Studies and the Hofstra Cultural Center will commemorate the International Day of Non-Violence and the 150th anniversary of the birth of Mahatma Gandhi with a special talk by acclaimed historian, writer, and Gandhi biographer Ramachandra Guha.

Entitled “No Justice, No Peace! Contemplating Gandhi’s Legacy and Non-Violence Today,” Guha will deliver his keynote on Wednesday, September 25, 11:15 am-12:40 pm, in the Student Center Theater, Mack Student Center, North Campus.  He will be available for a book signing after the talk, and will also meet informally with students and faculty at the Center for “Race,” Culture and Social Justice lounge in Roosevelt Hall 203 from 3-4 pm.

“Gandhi’s method of principled dissent and satyagraha [passive political resistance] continues to resonate with peace and justice activists, and his life story is literally an ‘experiment with truth’ with many universal messages,” said Aashish Kumar, professor in the Department of Radio, Television, Film, and advisory board member of the Center for Civic Engagement and the Center for “Race,” Culture and Social Justice. “There is no one better than Ramachandra Guha to explain why it is no exaggeration to say that few 19th century leaders have had as much impact on mass movements as Gandhi.”

A prolific, award-winning writer, Guha is the author of a two-volume biography, Gandhi Before India (2014) and Gandhi: The Years That Changed the World (2018). Both books were chosen by The New York Times and the San Francisco Chronicle as notable books of the year. He has taught at Yale University, Stanford University, the University of Oslo, and the London School of Economics.

The International Day of Non-Violence is celebrated globally every year on Mahatma Gandhi’s birthday in honor of his pioneering commitment to change through nonviolent means.

The event, which is free and open to the public, is co-sponsored by the Center for Civic Engagement, Hofstra College of Liberal Arts and Sciences, Office of the Provost, Center for “Race,” Culture and Social Justice, and the Departments of History and Sociology.