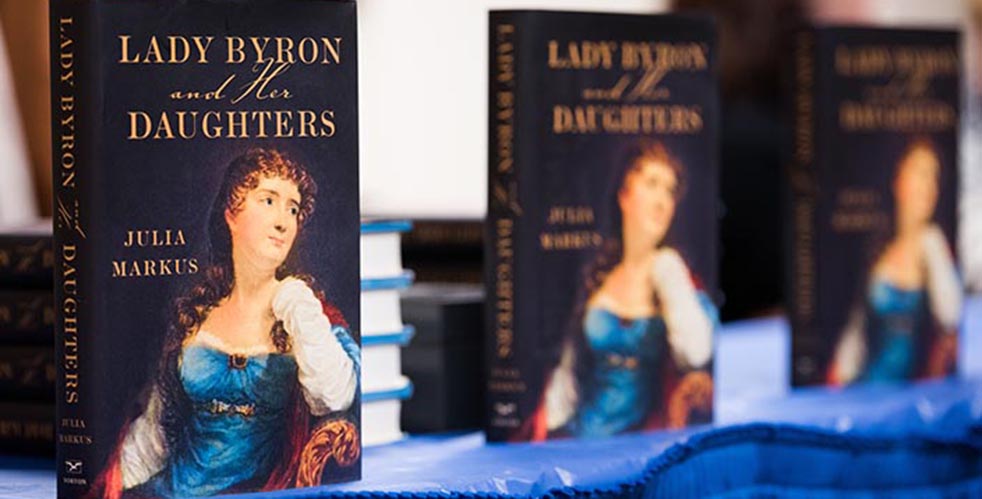 Julia Markus, professor of English, director of undergraduate creative writing, and a core faculty member in the MFA Program in Creative Writing, is an invited speaker at Byron’s Don Juan: A Romantic Bicentennial Symposium to be held at DePaul University and The Chicago History Museum, October 19. She will speak on Lady Byron’s reaction to the poet’s characterization of her in the poem.

Presented by The Byron Society of America and The Keats-Shelley Association, the symposium is bringing together scholars from a wide range of backgrounds––Australia, Greece, and North America––to explore the origin of Byron’s poem and its cultural value in the 21st century. Don Juan will be interpreted by poststructuralists, New Historicists, feminists, inter-disciplinary and formalist scholars, with essays offered on Lady Byron, Ada Lovelace, rap music, opera, and many other subjects.

Professor Markus is the author of Lady Byron and Her Daughters, a biography that chronicles how Lord Byron’s wife, Annabella Milbanke, survived her marriage and separation from Byron, becoming an important reform figure in England.

Alice Levine, Hofstra professor emerita of English, will also be in attendance at the symposium to deliver a keynote address. Dr. Levine’s research focuses on 18th- and 19th-century English Romanticism, especially the work of Lord Byron.