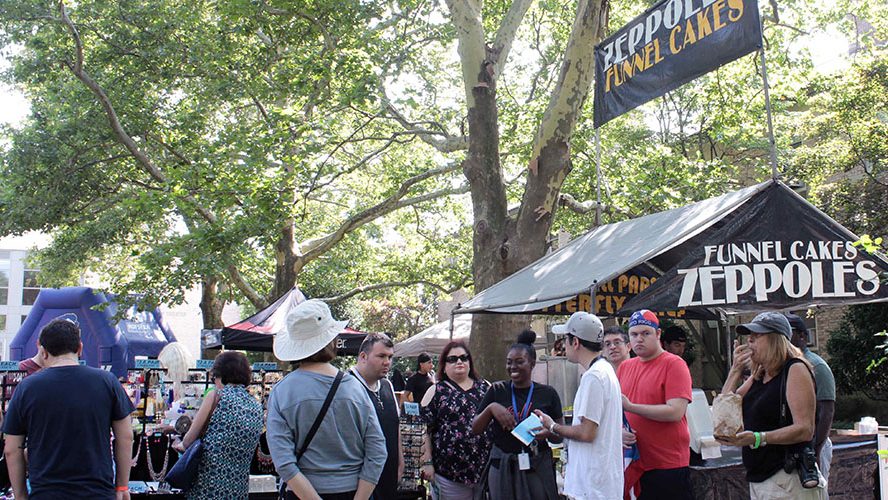 Celebrate Italy’s cultural and culinary influence on America at one of the largest and most beautiful outdoor festivals on Long Island when Hofstra University hosts the 27th Annual Italian Festival on Sunday, September 15, 2019, from 11 a.m. to 5 p.m. The festival takes place outdoors, rain or shine, on the South Campus.

The Italian Experience Festival is a popular tradition that features a full itinerary of crafts, live entertainment, children’s activities and food.

New this year to the festival’s entertainment lineup are

The “Romantic Tenor” Teo Ricciardella. He has recently released a new album titled Reflection andhas performed in numerous concerts, both nationally and internationally.

Italian-American jazz singer Vanessa Racci. Her 2017 debut album, Italiana Fresca, puts a jazzy spin on the traditional Italian songs she sang as a child with her grandfather, including “Al Di La,” “Buona Sera,” “C’e La Luna,” “Return to Me” and others. The songs have been reinvented with modern jazz arrangements.

The Sons of San Paolino Di Nola Children’s Boat (Barca) will be on display, with members performing live music and dancing the Giglio in honor of San Paolino.

Returning entertainment includes festival emcee Cav. Josephine A. Maietta, president, AIAE, and radio host of Sabato Italiano on WRHU-88.7 FM; “Pop-era,” featuring members of the Bronx Opera Company; and the Long Island Mandolin and Guitar Orchestra. The Order of Sons of Italy in America will present Mike DeLucia, author of Madness: The Man Who Changed Basketball, and Vincent Marmorale, president, Italy and the Holocaust Foundation.

An Excused Day for Mental Health
Art with an Environmental Message