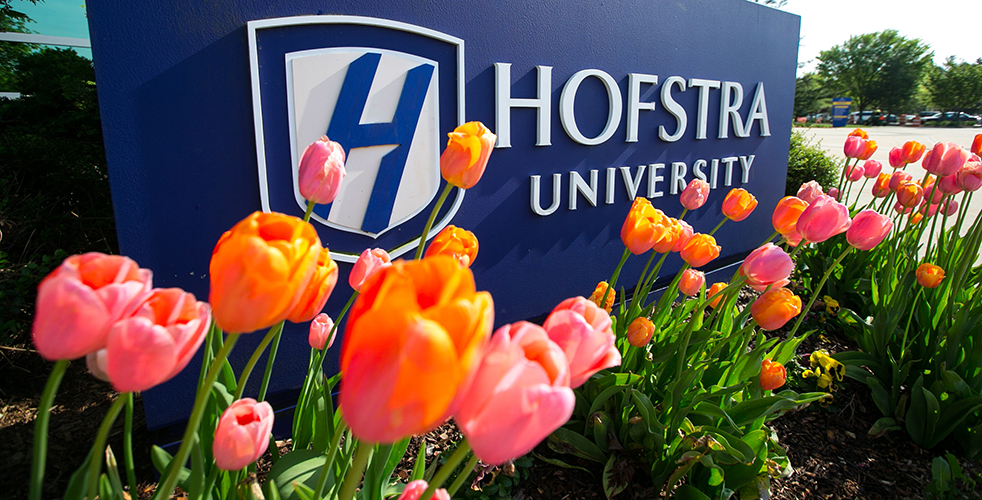 Hofstra University welcomes 21 new faculty members for the 2019-20 academic year, including one in the Frank G. Zarb School of Business; seven in the School of Natural Sciences and Mathematics, a part of the Hofstra College of Liberal Arts and Sciences; five in the School of Health Professions and Human Services; two in the Fred DeMatteis School of Engineering and Applied Science; three in the Lawrence Herbert School of Communication; and three in the Hofstra Northwell School of Graduate Nursing & Physician Assistant Studies.

Brian J. Galli joins Hofstra as an assistant professor of engineering. Currently, he serves as the graduate director for the Engineering Management master’s degree program. He has previously served as faculty at other academic institutions, including Long Island University, New York Institute of Technology (NYIT), American Public University (APUS), SUNY Binghamton, and SUNY Stony Brook.  Prior to joining academia, Galli worked for over 12 years applying industrial engineering and project management in a wide variety of arenas, including healthcare, manufacturing, and service environments. He earned his doctoral degree in engineering management from Old Dominion University in 2013, a BS in industrial engineering from Binghamton University in 2007, as well as MS in engineering management from Missouri University of Science & Technology in 2009. Galli’s work has been published in a variety of different publications and serves as co-editor in chief for the International Journal of Sociotechnology & Knowledge Development, and International Journal of Project Management & Productivity Assessment.

Scott Jeffreys joins the Hofstra faculty as a special associate professor of computer science after teaching as an adjunct in the Computer Science and Mathematics Departments over the last six years.  His teaching and research interests have focused on computational finance, software engineering, algorithms and data structures, and mathematical applications in computer science. Jeffreys brings significant business experience to his courses with a 20-year background in finance and trading algorithms on Wall Street working for Reuters.  Additionally, he has spent the last 12 years researching cybersecurity techniques with a particular focus on malware identification and protection techniques. Jeffreys received a bachelor’s degree from Hofstra University (1982, Mathematics, Minors: Computer Science and Economics) and a master’s degree from Adelphi University (1984, Mathematics).

Dailey’s teaching interests include cell and molecular biology, genetics, and genomics. Her research interests include regulation of gene expression in embryonic stem cells and early development and dynamics of transcriptional enhancer function during differentiation.

Tara Enders joins Hofstra as an assistant professor of biology. She received a PhD in plant biology from Washington University in St. Louis, and a BS in biological sciences from Southern Illinois University Edwardsville. Her research aims to understand the genetic basis for plant responses to abiotic stresses, such as extreme temperatures and drought. Prior to joining Hofstra, she was a postdoctoral researcher at the University of Minnesota and an adjunct instructor at Anoka Ramsey Community College.

Juliette Gorson joins Hofstra as a special assistant professor of biology. She received a BS from Colby College with a double major in biology and animal ethics, an MS from Hofstra University in biology and a PhD from Hunter College in ecology, evolutionary biology and behavioral biology. For her dissertation, Gorson used an interdisciplinary approach with a strong bioinformatics foundation to elucidate toxin peptides from venomous marine snails with the goal of discovering therapeutics. After defending her dissertation, she joined a science communications firm where she interacted with biopharma and biotech executives to develop communications plans for their drug therapies and products.

Daniel Miller joins Hofstra as an assistant professor of chemistry. He received a PhD in Physical Chemistry from University at Buffalo, SUNY in 2018 and obtained a BS in both Chemistry and Mathematics from Muhlenberg College in 2013. During his undergraduate studies, he also completed certifications in Secondary Education. The bulk of Dr. Miller’s research interests lie in computational surface chemistry and 2D materials design. Unveiling new functional materials, chemical trends, electronic interactions, and techniques at the surface-adsorbate interface is made possible through density functional theory calculations that take into account dispersion forces. Sometimes, the only limit is your own imagination with modern computational methods.

Erin E. Reilly joins Hofstra as an assistant professor of psychology. She received a PhD in Clinical Psychology from the University at Albany, SUNY in 2017 and completed her clinical internship and a post-doctoral fellowship at the University of California, San Diego Eating Disorders Center for Treatment and Research. Her research interests include better characterizing maintenance mechanisms and shared features of anxiety and eating disorders and using this knowledge to adapt behavioral treatments for use in eating disorders. Her secondary lines of work focus on overcoming barriers to (a) the implementation of evidence-based treatments in real-life clinical settings and (b) the use of best practice assessment and statistical techniques in applied research settings.

Nicholas Salter joins Hofstra as an assistant professor of psychology. He completed his PhD at Bowling Green State University.  He comes to Hofstra after 10 years as a faculty member at the Ramapo College of New Jersey and serving as an adjunct in Hofstra’s Applied Psychology PhD program for the past five years.  As a scholar, Salter is interested in exploring issues of diversity and inclusion of all kinds in the workplace, including gender, race, sexual orientation, and intersectionality, among other topics.  In what ways do diverse populations experience the workplace differently?  In what ways are their experiences similar to majority populations?  In particular, he is interested in the unique experiences of gay, lesbian, bisexual, transgender, and queer employees at their jobs, as well as minorities in leadership positions.  He has been invited to speak to multiple organizations about diversity and inclusion issues and has served on multiple Society of Industrial-Organizational Psychology committees.

Deborah S.B.S. Silva joins Hofstra as an assistant professor of chemistry. She holds a BS in Biology from the Federal University of Sergipe, and an MS and PhD in Cellular and Molecular Biology from Pontifical Catholic University of Rio Grande do Sul. She did postdoctoral research at North Carolina State University (NCSU). After NCSU, Silva joined Battelle Memorial Institute where she designed, executed, analyzed and reported experimental methods rooted in genomics and epigenomics. Dr. Silva´s research interests surround forensic genetics and epigenetics. A large amount of her research includes locating and characterizing epigenetic markers that support generating forensic profiles in law enforcement situations.

Michele A. Bayley, MPH will now serve as a special assistant professor of health professions. Previously, she was an adjunct assistant professor in the same department. Bayley has an extensive background in public health promotion, including program management and community engagement. She has held senior-level positions in government and nonprofit agencies and has spearheaded health promotion efforts for diverse communities in New York City and abroad. Her areas of interest include women’s health, sexual and reproductive health, and health equity.

Julie Case joins Hofstra as an assistant professor of speech, language, and hearing sciences. Case holds a PhD in Communicative Sciences and Disorders and an MA in Speech-Language Pathology from New York University. She also holds a MA in Spanish Language and Hispanic Literature and Cultures from Central Connecticut State University, and a BA in Spanish with a concentration in Elementary Education from Villanova University. Case is a certified bilingual speech language pathologist. She has been in clinical practice throughout the New York metropolitan area since 2010. Her areas of teaching interest include diagnostics in speech-language pathology, clinical methodology in communicative sciences and disorders, and speech sound disorders.

Gail Marcus joins Hofstra as an assistant professor of health professions. Prior to coming to Hofstra, Marcustaught healthcare business courses for four years and served as program director for the Global Healthcare and Biomedical Informatics degree programs at MCPHS University in Boston. She comes to academia after a successful professional healthcare career with both national and international leadership assignments. Marcus has worked in several healthcare sectors, including services, diagnostics, healthcare provision and managed care.  Marcus has held leadership assignments in Fortune 100 healthcare companies, including United Healthcare and CIGNA.  Marcus holds a BA from Wesleyan University, an MBA in Accounting and Decision Sciences from the Wharton School at the University of Pennsylvania (UPenn), an MS in Engineering and Computer Science from UPenn and a doctorate in healthcare administration from the Medical University of South Carolina. She currently serves on two public company boards, Natera and Triple S, and achieved the Leadership Fellow designation from the National Association of Corporate Directors.

Ivan Cardona joins Hofstra as an assistant professor of journalism, media studies and public relations. Cardona’s career includes 20 years of C-Suite management support for corporate, government, and non-profit organizations. Most recently, Cardona was president and owner of AlliaCOM PR, a leading communication, marketing & public relations agency working mostly out of Puerto Rico and the Caribbean. He also served as an adjunct professor at Sacred Heart University in San Juan, Puerto Rico. Professor Cardona received a bachelor’s degree in 1996 from the University of Puerto Rico; a master’s degree in 2016 from Purdue University; and a Master Graduate Certificate in 2018 from Harvard University. Currently, he is completing doctorate degree in business administration at Temple University’s Fox School of Business. Cardona is also a member of many national organizations for communications professionals.

Nicole Clarity joins Hofstra as an assistant professor of journalism, media studies and public relations, focusing on broadcast and digital journalism.  She is an experienced, Emmy Award-winning television news producer who has spent 20 years writing, producing and launching news programs. Clarity, a graduate of Hofstra University and the University of Missouri-Columbia, has worked at ABC, Al Jazeera America, Fox News Channel, i24 and several local stations in New York.  She currently freelances at Good Morning America.  She also has experience working as a publicist, social media manager, and social media consultant.

Brian McFadden joins Hofstra as an assistant professor of journalism, media studies and public relations. He has taught in higher education since 2008, primarily instructing classes dealing with issues of interpersonal communication and media criticism.  Since 2014, McFadden has taught media classes at the Lawrence Herbert School of Communication. His research is focused on popular culture, specifically analyzing the roles social media, television, and sports play in shaping our culture and society.

Liu (Laura) Hong joins Hofstra as a special assistant professor of finance. She received a bachelor’s degree in finance and financial management from Wuhan University in 2011, an MS in Financial Engineering and Risk Analytics from Rensselaer Polytechnic Institute in 2012, and a PhD in Finance from the University of Arkansas in 2019. She became a CFA Charter Holder in 2018. Hong’ research focuses on derivatives and banking. Her research on derivatives includes the commodity derivative activities of U.S. oil and gas producers and the dynamic impact of credit default swaps on firms’ equity risk and risk-taking behavior. Her research on banking focuses on the impact of U.S. banking deregulation. Hong’s research has been published in Review of Quantitative Finance and Accounting.

Donna Willenbrock joins Hofstra’s faculty as an assistant professor of nursing. She previously served as the associate director of Hofstra’s Student Health and Counseling Center and the director of Student Health Services. She was also an adjunct professor at LIU Post’s School of Graduate Nursing. Willenbrock earned a doctoral degree in nursing practice from Stony Brook University where she also earned a master’s degree in adult health. She attended Adelphi where she received a BS in both Business Management and Communications and Nursing. She is also a certified paralegal. She has worked as a nurse practitioner in primary care, pulmonary, pain management, addiction and palliative care. Prior to her career as a nurse practitioner, Willenbrock worked for American Express and Bankers Trust as an assistant vice president in corporate compliance specializing in anti-money laundering.

Patricia Janson joins Hofstra as an assistant professor of nursing.