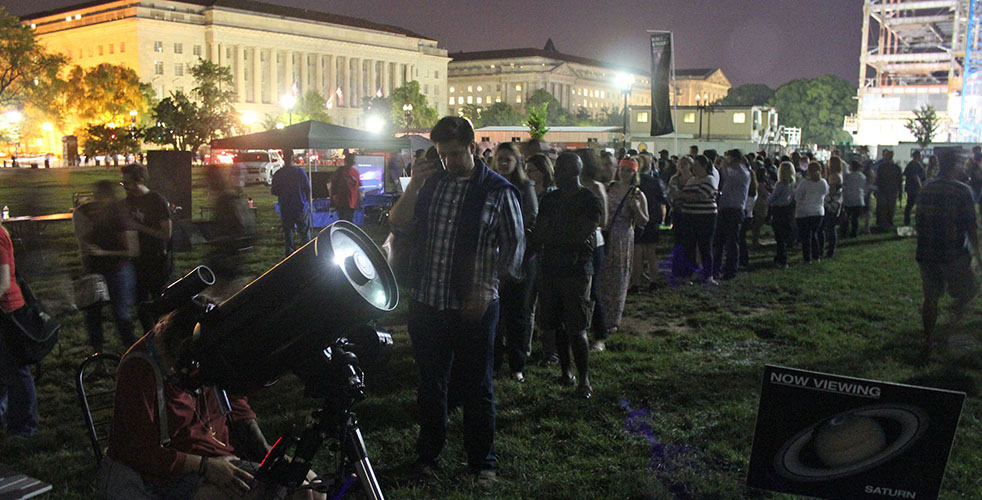 The 10th Annual Astronomy Festival on the National Mall, presented by Hofstra University’s Department of Physics and Astronomy and coordinated by Dr. Donald Lubowich, Coordinator of Astronomy Outreach, was featured as a weekend family activity by the Washington Post, Washingtonian magazine, WJLA-TV (ABC affiliate), NBC4 Washington, and a number of other media outlets.

This year’s festival was presented in association with Smithsonian Solstice Saturday and took place in front of the Smithsonian Castle. More than two dozen telescopes were set up on the National Mall, manned by representatives from astronomy clubs, science organizations and universities. Guests were able to view the sun, Jupiter, Saturn, and star clusters with solar, optical, and radio telescopes.