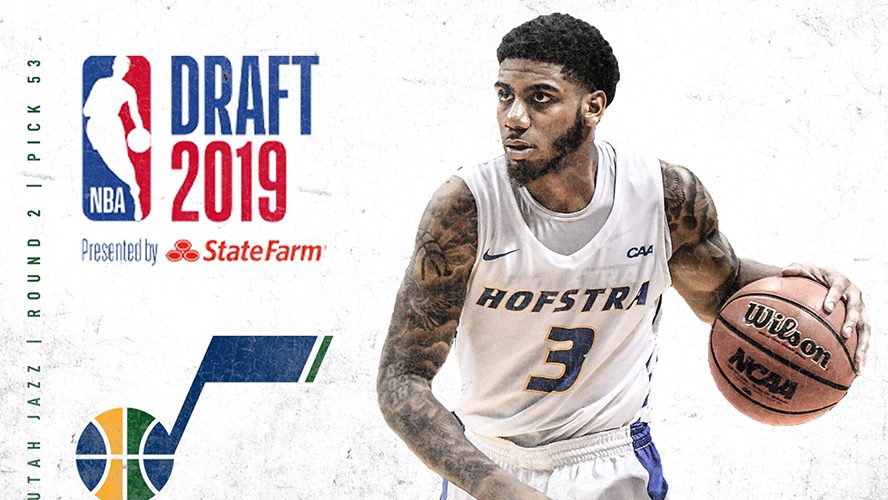 Hofstra University senior guard Justin Wright-Foreman took another step in his incredible journey as he was selected by the Utah Jazz with the 53rd pick (second round) in the 2019 National Basketball Association draft, held on Thursday evening at the Barclays Center.

Wright-Foreman is the 12th player in program history to be taken in the NBA draft. He is the first since Charles Jenkins was drafted 44th (second round) by the Golden State Warriors in 2011.

Wright-Foreman finished second nationally in scoring this season with 27.1 points per game. He closed his career with 2,327 points and ranks second all-time at Hofstra behind Jenkins (2,513). Wright-Foreman concluded his career by scoring in double figures in 88 consecutive games, the seventh-longest streak in the history of NCAA Division I. He also ranks second all-time in program history with 277 three-pointers.

Pride In The Classroom
Record-Setting Pride