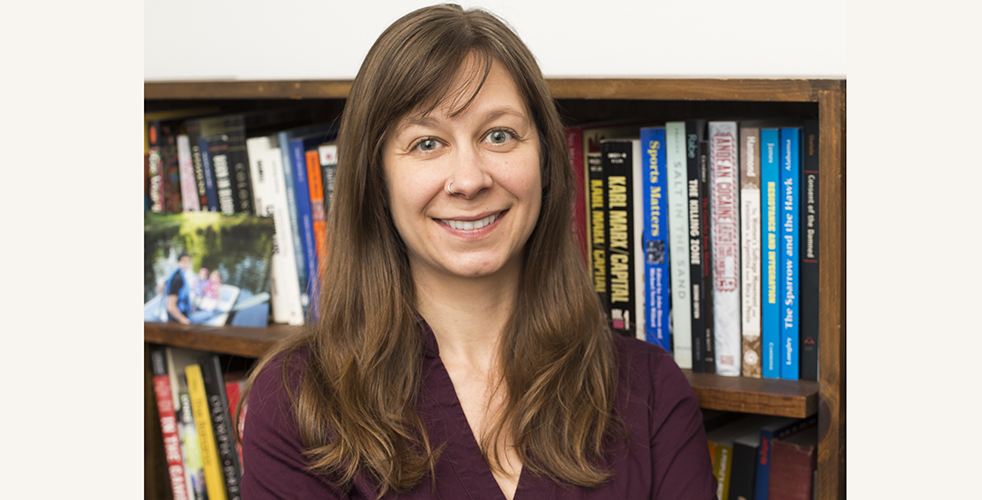 Brenda Elsey, Associate Professor of History, was interviewed by the Associated Press and Texas Standard, a daily radio program, about inequities in women’s sports, both in the US and in Latin America.

The AP story notes that with the approaching Women’s World Cup, “Latin American women are increasingly calling attention to their struggles and are starting to see at least incremental results.”

This past winter in the US, 28 players with the US Women’s Soccer Team filed a federal class action lawsuit against the US Soccer Federation alleging female players have been consistently been paid less and not treated as well as their male counterparts. The team, currently ranked first in the world, has won the World Cup three times and are four-time Olympic champions.

Professor Elsey, an expert in gender and sports, is the co-author of Futbolera: A History of Women and Sports in Latin America. Earlier this semester she co-directed the symposium “Critical Sports Communities: New Directions in Sports Scholarship, Journalism and Activism” .

Professor Elsey serves as co-director of Latin American and Caribbean Studies and was the recipient of a Fulbright grant that gave her the opportunity to teach and conduct research in Argentina, focusing on the history of women’s soccer, from the 1930s until the present.