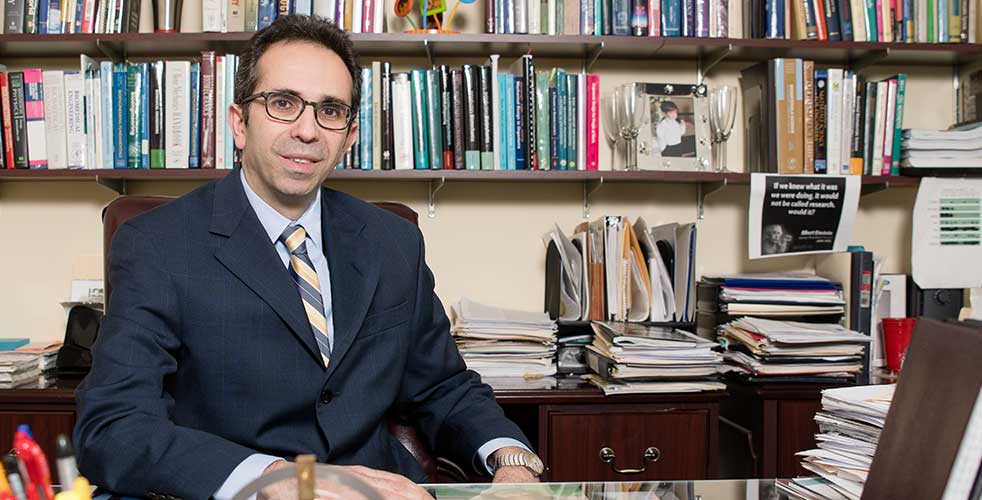 An undergraduate engineering or computer science education is more than eight semesters of requisite classes to earn a bachelor’s degree. While prospective students may initially choose a program based on academics, the most respected programs offer not only a comprehensive course of study but they also prepare their graduates for successful careers in industry while stressing the importance of lifelong learning.

But any school which thinks it has fulfilled its mission with just the essentials –including an enthusiastic faculty, up-to-date curricula, and a fulfilling capstone design experience – needs an infusion of something more to define its niche in the world of engineering education.

Since the inception of the DeMatteis School in 2012, we have been building our offerings through a number of initiatives, such as the DeMatteis Co-op Program, our Advanced Summer Program in Research (ASPiRe), and our Hofstra in Silicon Valley program.  Today I would like to introduce our newest program, designed specifically for women who are undergraduate engineering or computer science majors, called W-SPiCE (Women’s Summer Program in Computing/Engineering.)

As I am sure you know, historically the percentage of women pursuing engineering or computer science has been low. After tracking at about 18% for years, the percentage of bachelor’s degrees awarded to women inched up to 21.3% in 2017, the last year for which data are available. Similarly, the percentage of undergraduate engineering and computer science students who were women was 22.8% in Fall 2017. A few select schools have made headlines by reaching parity between the number of men and women students, but for most schools, the approximate one-in-five ratio remains. While our percentages have been modestly higher than average over the years, we think now is the time to offer an incentive for top-notch women applicants to choose the DeMatteis School.

Hence the W-SPiCE program, where a select number of first-year women who do well academically during their first semester will be invited to participate in a one-week program in January orienting them to local industry. This is followed by an intensive six-week summer research program at the end of their first year.  W-SPiCE students will receive a substantial stipend comparable to that received by ASPiRe research students while they work with faculty developing workplace skills that will be useful in preparing for careers in engineering and computer science.

In addition, W-SPiCE students will interact with women who are successful professionals in a variety of high-tech companies, many of whom are DeMatteis graduates.  The exact syllabus for the program is still being formulated, but it will also include visits to several high-tech companies throughout the New York metropolitan area. (As an aside, you may be aware that New York City is now ranked the number one high-tech hub in the world, ahead of San Francisco, London, Amsterdam, Boston, and others).

This is a venture which we believe will add incentive for women early on in their academic careers to persevere in earning an engineering or computer science degree at our school, knowing that it is a path successfully negotiated by many predecessors. We already rank in the top 15% of engineering schools with the most women among its tenure or tenure-track full-time faculty. We understand that most of our graduates are likely to pursue careers in the world of industry, and that is the perspective we hope to highlight through W-SPiCE.