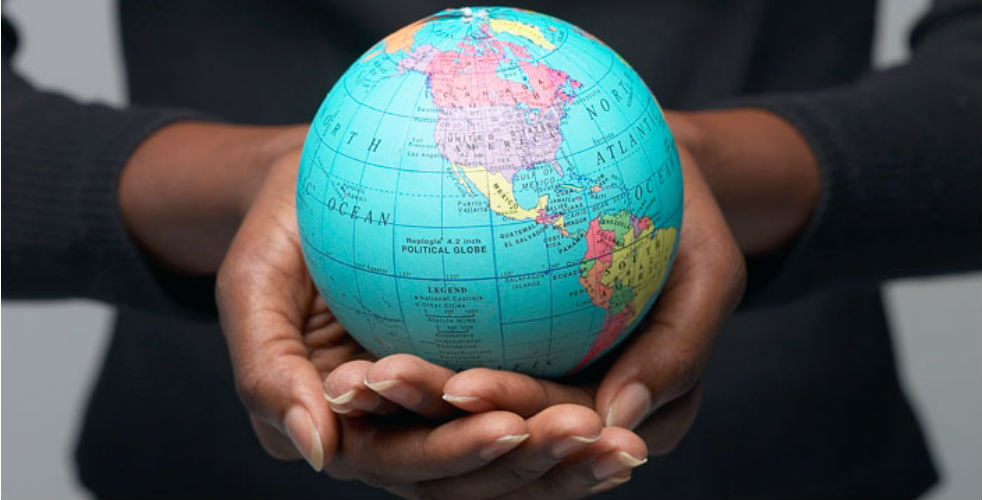 The Center for Civic Engagement presents a multidisciplinary approach to this year’s Globalization Day, with events examining deindustrialization, the green economy, and the deep ideological divides in today’s political climate – Tuesday, March 26, 2019, 9:30 am-7 pm.

See the full schedule for locations and details regarding featured events, which include:

9:35-11 am: The “S” Word (and other ‘isms), a discussion of how  deep differences about ideological “dirty words” such as socialism, communism, and conservatism have stripped the humanity from our political conversation; featuring panelists Amy Baehr, professor of philosophy, and Martin Melkonian, adjunct associate professor of economics.

11:10 am-12:35 pm: Globalization and the Deindustrialization of the American City, a look at the extreme economic changes in America’s history and how these changes affected emerging economies; featuring Kaushik Sengupta, associate dean of business graduate education and professor and chair, management and entrepreneurship; Robert Guttman, professor of economics; and Aashish Kumar, associate professor of film and co-director of the Center for Civic Engagement.

12:50-2:15 pm: War and the Green Economy, featuring Medea Benjamin, author and co-founder of Code Pink, who makes the case that the current bloated “forever war” economy must be converted to an economy that prioritizes peace and sustainability.  Presented as part of the spring 2019 International Scene Lecture Series, in cooperation with Hofstra’s Departments of Economics, History and Sociology, Institute for Peace Studies, Long Island Teachers for Human Rights, Honors College, The Cultural Center and the Long Island Alliance for Peaceful Alternatives.

2:20-4:10 pm: Film Screening: Winter on Fire: Ukraine’s Fight for Freedom (2015). Nominated for an Academy Award in the documentary category, the film sets in context the recent, turbulent history of Ukraine, and advocates for the right of the Ukrainian people to express their collective will within a sovereign, democratic European state.  Moderated by Irene Fizer, associate professor of English.

4:30-7 pm: Everything Can Change on a New Year’s Day, an examination of the 25th anniversary of the day the North American Free Trade Agreement (NAFTA) took effect in Mexico, and the impact it had on the country’s indigenous peoples. This event revolves around the documentary film, Zapatista, which looks at an uprising of Mayan peasants known as the Zapatista National Liberation Army.  Organized by Linda Longmire, professor of global studies and geography, the session features panelists Alex Vasquez Escano, a playwright and theater producer at Teatrica in New York City, and Alvaro Enrigue, assistant professor of romance languages and literatures.

The Center for Civic Engagement is a University institute that plays a major role in Hofstra’s fulfillment of its core objectives. CCE educates students in democratic values by actively engaging them as knowledgeable citizens in collaborative partnerships with their campus, local, state, national and global communities. In addition to Globalization Day, the CCE sponsors dozens of on-campus civic education events each academic year, including Day of Dialogue, Civil Rights Day, International Scene Lecture Series, and Earth Day.