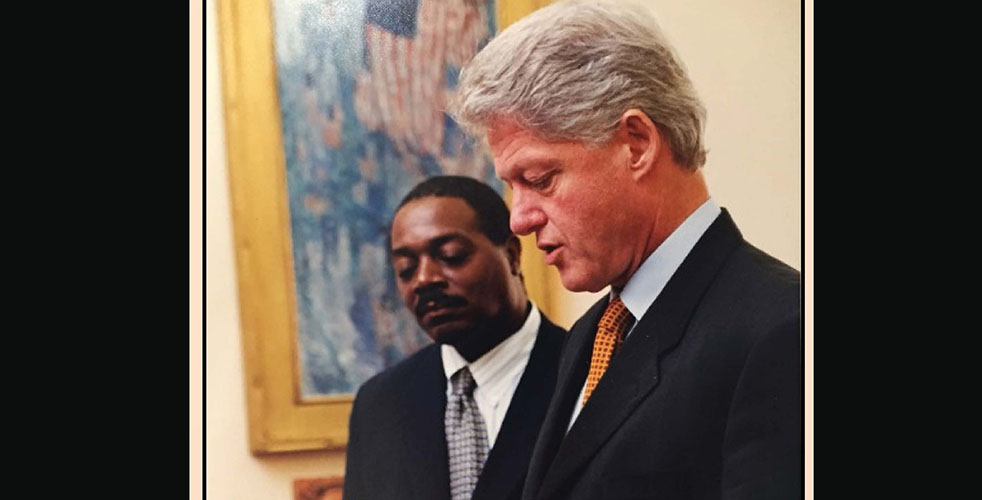 Terry Edmonds, the first African American chief White House speechwriter under former President Bill Clinton, will discuss the fundamentals of political speechwriting and address challenges faced by public advocates in today’s political environment. His talk, presented by the Hofstra Cultural Center and the Department of Writing Studies and Rhetoric, takes place at the Guthart Cultural Center Theater on Wednesday, March 6, from 11:10 a.m.-12:40 p.m.

In a career spanning more than 35 years, Edmonds has experience in nearly every aspect of communications and public affairs. He has written speeches for presidential candidates, government leaders, corporate CEOs, nonprofit leaders and university presidents. He has also published his own essays and poems.

Edmonds served as assistant to the president and director of speechwriting during President Clinton’s  final term. In that capacity he was responsible for the production of all of the president’s domestic policy speeches, including the issues of education, transportation, race relations, welfare reform, health care reform, the State of the Union and the federal budget. Prior to assuming the leadership of the White House speechwriting office and beginning in 1995, Mr. Edmonds served as Deputy Director of Speechwriting for the president. He came to the White House after two years as Deputy Director of Speechwriting for HHS Secretary Donna Shalala.

More recently, Edmonds has served as an executive speechwriter for IBM and as a speechwriter and senior advisor at NASA.

This event is free and open to the public. Advance registration is suggested.