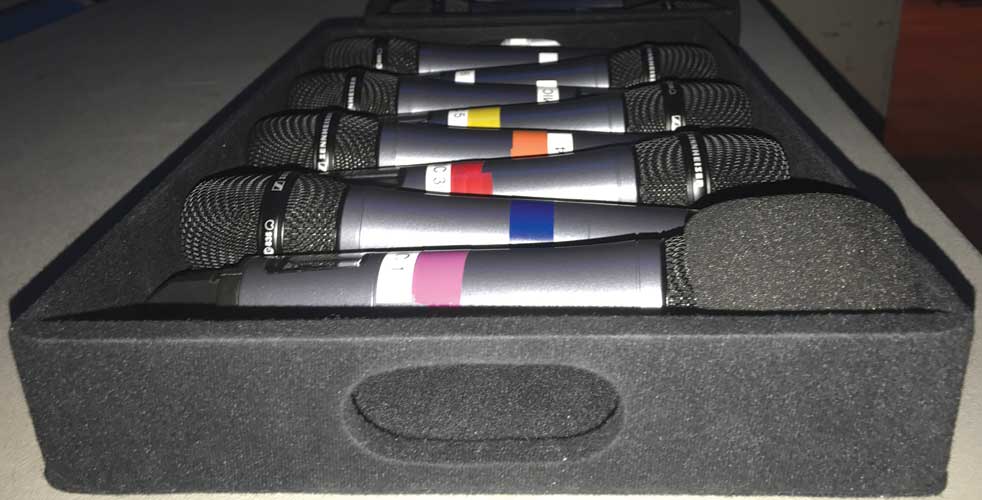 The , Sigma’cappella, and Makin’ Treble will compete in the International Championship of Collegiate A cappella (ICCA) Northeast Quarterfinal on March 16 at 7 p.m. – this time on their home turf.

Hofstra is the only school with three groups performing in this year’s competition, which will be held in the John Cranford Adams Playhouse on the university’s South Campus. Every year, students in the Quarterfinal prepare to -maze with new arrangements and original choreography, but music major Courtney Cox ’19 says it’s about more than just the competition.

“The ICCAs have made our group extremely close over the years and have brought our talent to new heights,” said Cox, president of The , first-place winners in the 2018 Quarterfinal.

This is the third time The Hofbeats and Makin’ Treble will be competing in the Quarterfinal and the fifth time for Sigma’cappella. The top two groups out of the nine competing will head to Boston Symphony Hall for the Semifinal at the end of March.

“We’ve been working hard and have really improved over the past year,” said journalism major Maddie Merinuk ’21 of Makin’ Treble, Hofstra’s all-female a cappella group. “We’re excited to get up on stage – on our own campus – and show everyone what we’ve got.”

The ICCA Quarterfinal is open to the public. Tickets can be purchased online in advance or at the door.