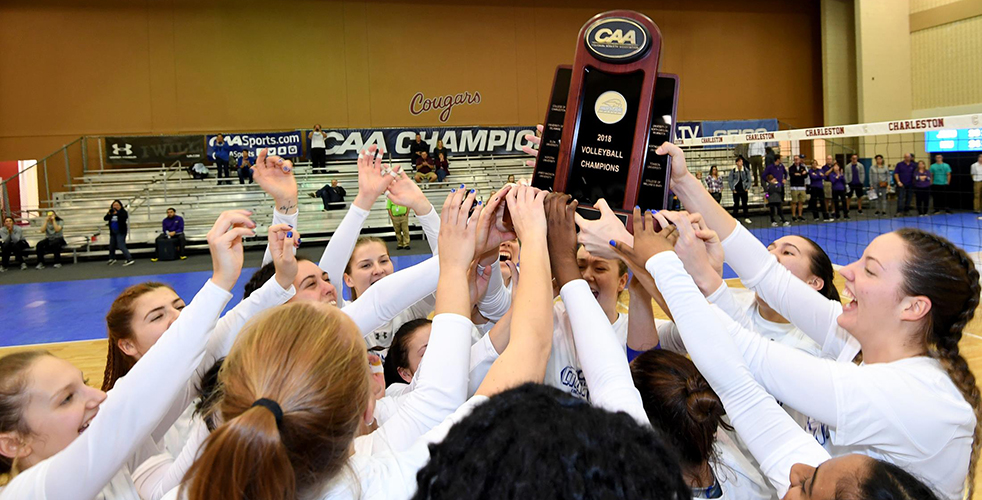 It is a familiar NCAA Tournament opponent for Hofstra (25-7) as the Pride also faced Nebraska in their last appearance in 2014.

The Cornhuskers are the No. 7 overall seed in the NCAA Tournament and ranked No. 6 in the latest AVCA Division I Coaches Top-25 Poll released Monday.

The first round match will be played at the Bob Devaney Sports Center (capacity 7,907) on the campus of Nebraska with the other contest in Lincoln pitting Arizona against Missouri at 4:30 p.m. local time.

One of, if not, the best college volleyball environment in the entire nation, Nebraska averages a nation’s best 8,188 people in attendance per match in 2018. This total is even more impressive when you consider it leads second place in attendance (Wisconsin) by 1,136 per match.

The winners of the two first round matches will face-off at 7 p.m. Saturday in the second round.

Junior Laura Masciullo and freshman Aisha Skinner have led the way for Hofstra this season with 456 and 403 kills, respectively. Masciullo was the Colonial Athletic Association Championship Most Outstanding Performer following a strong tournament, while Skinner earned CAA Rookie of the Year honors. The Pride’s two middle blockers, seniors Michela Rucli and Doris Bogoje, have contributed nicely to the offense with stellar hitting percentages of .389 for Bogoje and .369 for Rucli. Freshman Maddie Appleton leads Hofstra with 485 digs this season, while junior Luisa Sydlik has tallied 1,444 assists to lead the squad in that category and also ranks second with 303 digs. The duo of Rucli and Bogoje have led the team in blocking as well with Rucli leading the way with 126 total blocks and Bogoje close behind with 117. Hofstra enters the NCAA Tournament having won nine straight matches.

Nebraska is also riding a significant win streak into the postseason as the Cornhuskers have won eight straight matches. Mikaela Foecke leads Nebraska with 413 kills and the Huskers have three additional players with more than 200 kills this season. Nicklin Hames has dished out 1,141 assists this season to lead them and also ranks second with 367 digs. Callie Schwarzenbach and Lauren Stivrins both have over 100 blocks this year for Nebraska with 159 and 134, respectively. Kenzie Maloney has 452 digs to pace Nebraska in that category.

It is the third-ever match-up with the Cornhuskers in volleyball. On September 16, 1989, Nebraska defeated Hofstra, 3-1, at the Minnesota/Reebok Classic. On December 5, 2014, Hofstra gave the Cornhuskers all they could handle in the first two sets before eventually dropping a 27-25, 25-23 and 25-16 decision in the first round of the NCAA Tournament.