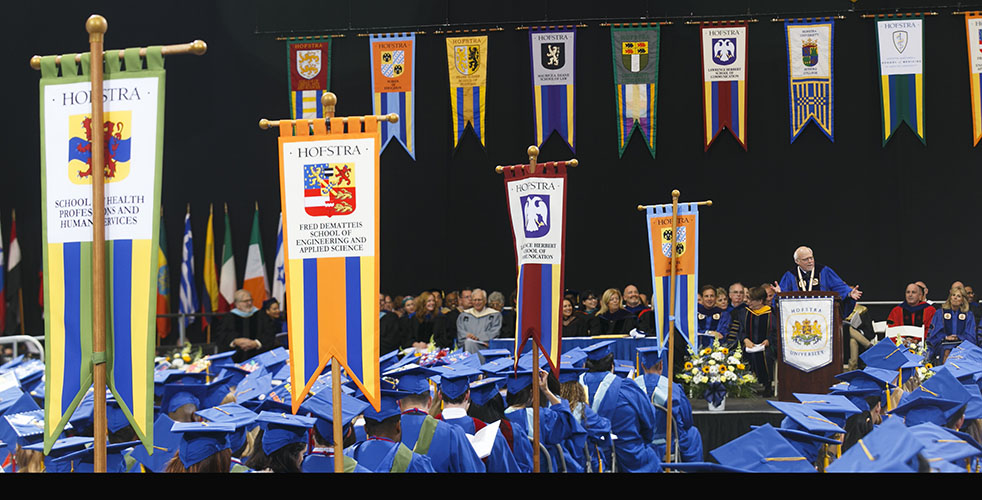 The ceremony is at the David S. Mack Sports and Exhibition Complex on the North Campus. It will be broadcast live on the web.

Mr. Rechler has been a generous supporter of Hofstra University. For nearly a decade, he has funded scholarships for students to participate in seminars at The Washington Center, where they spend two weeks in the nation’s capital examining politics, policy and media coverage, and visiting government agencies, embassies and think tanks. He co-chairs the annual Celebration of Suburban Diversity Dinner presented by the National Center for Suburban Studies at Hofstra University® and serves on the Board of Advisors of the University’s Wilbur F. Breslin Center for Real Estate Studies. In 2008 he was the honoree of the 12th Annual Hofstra Gala, which raises funds for the Endowed Scholarship Program.

As CEO and Chairman of RXR, Mr. Rechler has led the company to become one of the largest owners, managers, and developers in New York City and the surrounding region. The RXR platform manages 74 commercial real estate properties and investments, comprising approximately 23.7 million square feet of commercial operating properties and approximately 6,000 multifamily and for-sale units in various stages of development in the New York metropolitan area.

He is also Chairman of the Regional Plan Association, a member of the Real Estate Board of New York, a board member of the Feinstein Institute for Medical Research, the Long Island Children’s Museum and as co-chair of the board of the Tribeca Film Institute.

The location for the midyear ceremony is the David S. Mack Sports and Exhibition Complex for undergraduates, graduates and the School of Law. Due to the seating capacity of the facility, seating is limited. Every midyear commencement candidate will receive six assigned seat tickets.

The David S. Mack Sports and Exhibition Complex is wheelchair accessible on the main level and is available for guests requiring this area. One family member may accompany those with special needs during the ceremony. Upon entrance to the Complex, please contact an usher who will be happy to escort you.

Meadowbrook Parkway to Exit M4 – Route 24 West (Hempstead Turnpike). Stay on 24W for about one mile. Pass Nassau Coliseum and travel under the first over head walk way. Once you pass the first over head walk way you will make your first right turn onto campus at the traffic light. Go to your second stop sign and make a right turn. The Mack Sports Complex will be a ¼ of a mile on your right hand side. Map