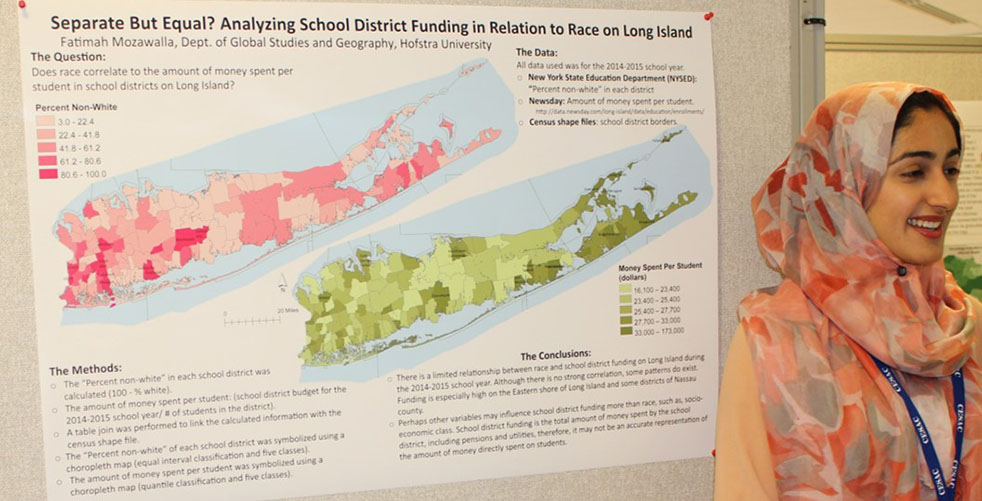 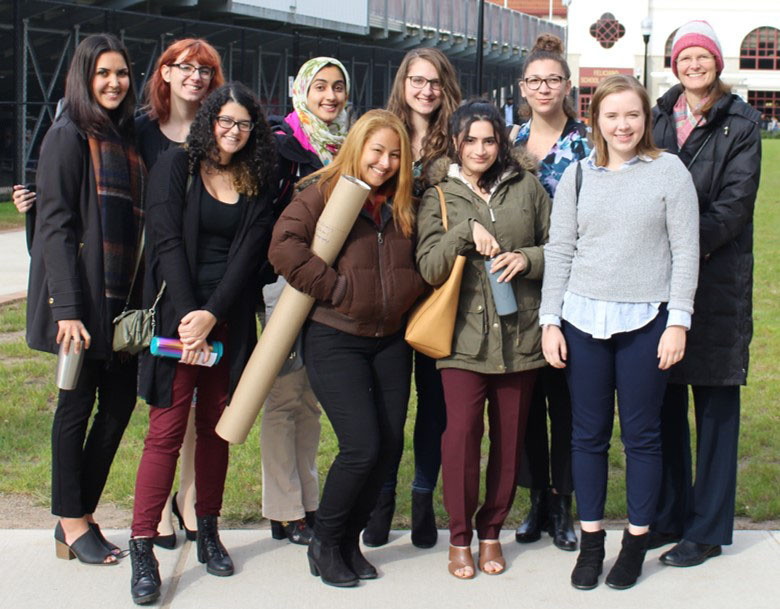 Mozawalla ‘19, a geography major from Valley Stream, NY, titled her poster, “Separate but Equal? Analyzing School District Funding in Relation to Race on Long Island.” Her research, supervised by Professor Dalton, was conducted as part of an intermediate GIS course. While the Hofstra group was at the meeting, but not busy presenting their own research, they attended panels on GIS, spatial modeling, clean energy and transportation. There were also sessions on political, cultural and social geographic matters, like the future of food.

A geography bowl put students’ knowledge of geography to the test. Lois Paquette ‘19, geography and history major from Bellevue, WA, was Hofstra’s MVP at the competition. She was subsequently chosen as an alternate for the Middle States team that will compete at the World Geography Bowl in April 2019 at the Annual Meeting of the American Association of Geographers in Washington, DC.