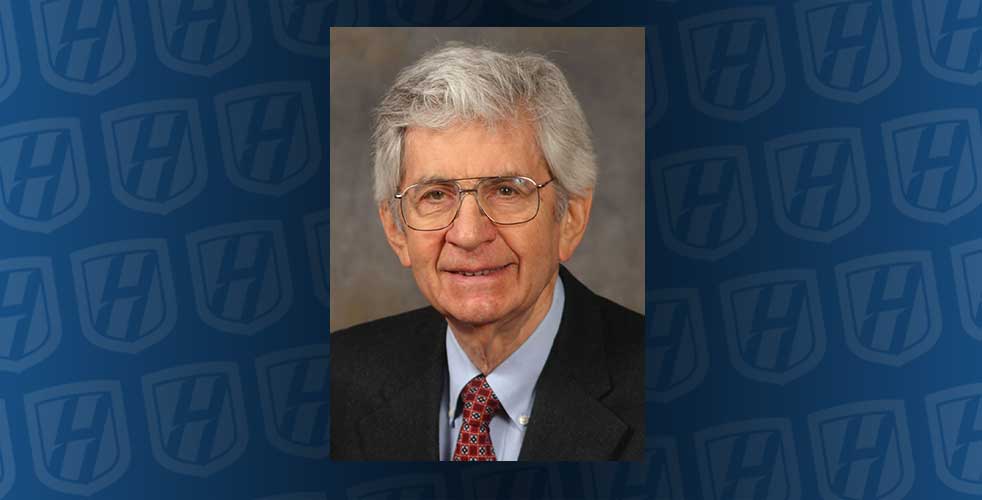 The Hofstra community is saddened to learn of the passing of Professor Emeritus Kurt Salzinger, PhD, former Senior Scholar in Residence in the Department of Psychology. He joined the Hofstra faculty in 1992 and until 2001 served as Professor and Director of Training for the graduate program in Combined Clinical & School Psychology. Dr. Salzinger, 89, was the author or co-author of 14 books (including 2009’s Behavioral Mechanisms and Psychopathology with Professor Mark Serper) and more than 120 articles and book chapters.

Dr. Salzinger is survived by his wife, Dr. Deanna Chitayat, a Hofstra Presidential Medal recipient who served as a professor of psychology and as dean of Hofstra College of Continuing Education. He also leaves behind six children and stepchildren and four grandchildren.

Prior to teaching at Hofstra, he served on the faculties of Columbia University, Polytechnic University, Rutgers University and CUNY City College. He served as Executive Director for Science at the American Psychological Association (APA) from 2001 to 2003; as President of the New York Academy of Sciences; served on the Board of Directors of the APA, and been president of Divisions 1 (General Psychology), 25 (Behavior Analysis) and of the American Association of Applied and Preventive Psychology.

His widely varied research interests clustered around the study of the Experimental Analysis of Behavior.  He studied and wrote on these behavior analytic principles as applied to human beings, animal species (e.g. dogs, rats, and goldfish), and schizophrenic patients. He also focused upon the analysis of verbal behavior in children and adults, and loved the history of psychology. He both awarded grants to other researchers (when he served as a program officer at the National Science Foundation) and received them for his own research (when professor of psychology at Hofstra University, Polytechnic University of New York and principal research scientist at the New York State Psychiatric Institute).

He received the Sustained Superior Performance Award from the NSF, the Stratton Award from the American Psychopathological Association, and the Most Meritorious Article Award from the Journal of Behavior Therapy and Experimental Psychiatry. In 2002, he was a Presidential Scholar for the Association for Behavior Analysis.

Dr. Schare also credited Salzinger with “helping me conceptualize theoretical questions in a concise manner and making me a better scholar in the process. I am grateful for his kindness towards me and miss him dearly.”

Dr. Craig Johnson, chair of the Psychology Department, had similar recollections. “In my early days at Hofstra, I remember Kurt having a calming, supportive, steady voice in the department. He was well liked by his colleagues and a highly influential and respected scholar.”

Services for Dr. Salzinger will be held at Riverside Memorial Chapel in Manhattan (180 W 76th Street) on Sunday, November 11, 2018, at noon.