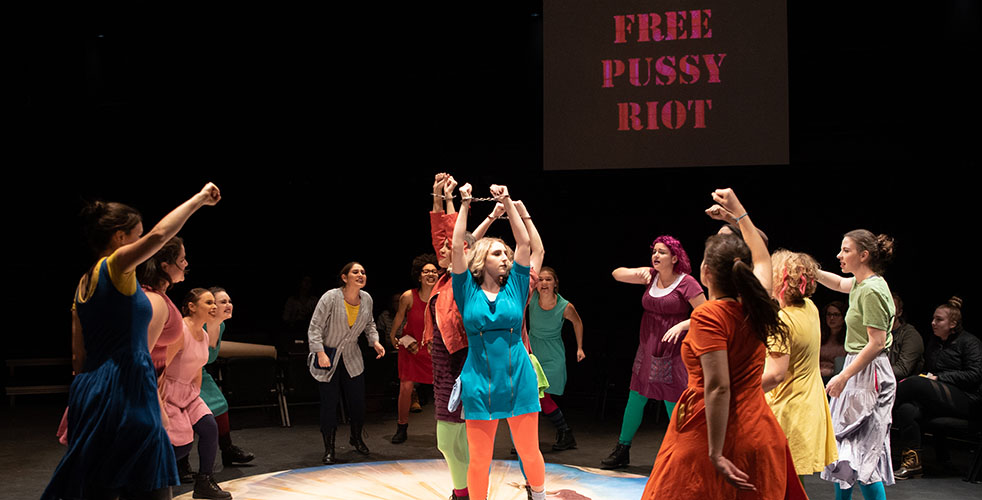 Hofstra Drama presents We Are Pussy Riot or EVERYTHING IS P.R.

Having the courage to stand up and demonstrate against state authority, and risking your life to speak out on behalf of your beliefs is what Barbara Hammond’s We Are Pussy Riot or EVERYTHING IS P.R. is about. Hofstra’s Drama Program is bringing this true story of five young women who took on the Russian government to the Joan and Donald Schaeffer Theater, November 9-18. 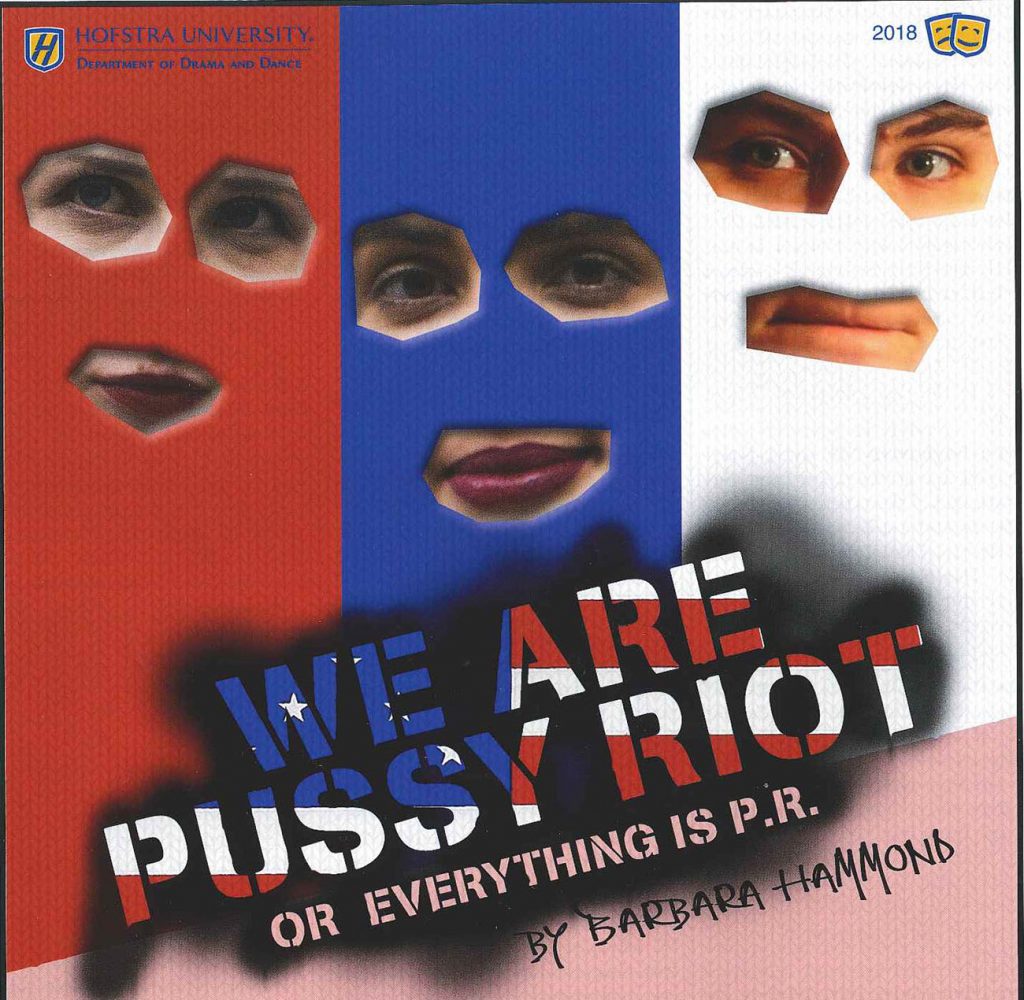 In February 2012, five women walked into the Church of Christ the Savior in the center of Moscow and offered up a punk prayer to the Mother of God—“Virgin Mary, Chase Putin Away!” The young activists, members of Pussy Riot, a feminist conceptual art group, danced and sang on the altar it the cathedral for exactly 48 seconds before being dragged out of the church by security guards and sent home. That night they uploaded a video of their performance to YouTube, and within hours became enemies of both Church and State. While the women were arrested, tried, and sent to labor camps for 2 years for hooliganism and inciting religious hatred, public outcry worldwide turned Pussy Riot’s protest into one of the greatest pieces of performance art in Russian history. And their story still isn’t over. Just this fall, one of their founding members, Pyotr Verzilov, was hospitalized, and doctors expressed a “high plausibility” that he had been poisoned.

Director Mahayana Landowne, visiting artist and adjunct assistant professor of drama, says, the 22-member cast “dramatizes not only the group’s trial but shines a light on their belief system and similarities between US and Russian political landscapes.” She dedicates this production to “Activists around the world who find a way to be heard, despite the cultures that want to silence them.”

Members of the Hofstra community receive up to two free tickets upon presentation of a current HofstraCard. Tickets are $10, $8 for senior citizens. For tickets and information call the Hofstra Box Office at 516-463-6644, or purchase tickets online at www.hofstratickets.com.  If seats are still available on the day of performance, tickets will be sold at the door beginning 90 minutes prior to showtime. (Free tickets for the Hofstra community may only be picked up at the box office in advance or at the door on the day of the performance.)