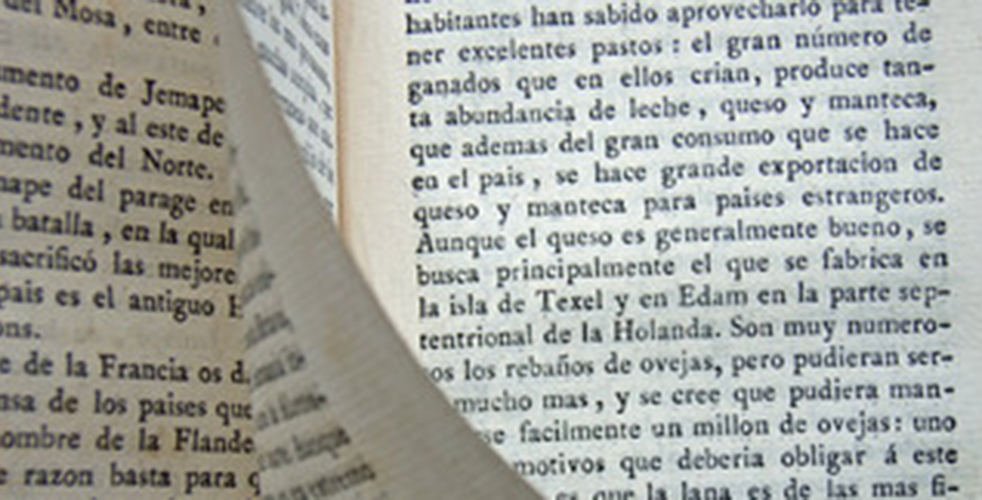 To celebrate the launch of a new MFA in Creative Writing in Spanish, Hofstra University is presenting a daylong writing and literature symposium on Thursday, November 15, featuring celebrated authors from the US, Argentina, Chile, Cuba, Mexico, Puerto Rico, Spain, and Venezuela. The writers will read excerpts of their works in bilingual format and participate in panels about Spanish literature and translation. Among the participating writers are: Daniel Alarcón, Giannina Braschi, Heather Cleary, Lina Meruane, Fernando Operé, Cristina Rivera Garza, and Fernando Valverde.

The symposium will be held 9:30 a.m.-7:30 p.m. at the Lowenfeld Conference and Exhibition Hall, 10th floor, Axinn Library, South Campus. Registration is free and open to the public. For more information call the Hofstra Cultural Center at (516) 463-5669.

Hofstra’s MFA in Creative Writing in Spanish is the first of its kind on Long Island and the second in the New York metropolitan area. It reflects an emerging trend reported by The New York Times among creative writing programs across the country to offer Spanish-based curriculums that reflect the nation’s changing demographics.

The program’s faculty are the symposium organizers: Professors Álvaro Enrigue, Justin Colón-Rabinowitz, Valeria Luiselli, and Miguel-Ángel Zapata. Luiselli, a two-time finalist for a National Book Critics Circle Award, was the recipient of the 2016 Los Angeles Book Prize for her novel The Story of My Teeth.

Enrigue’s work has appeared in The New York Times, El País, The Believer, Letras Libres, and The New York and London Review of Books, among others. His novel Sudden Death, first published in Spain as Muerte< Súbita in 2013, was awarded the prestigious Herralde Prize in Spain, the Elena Poniatowska International Novel Award in Mexico, and the Barcelona Prize for Fiction.

Zapata, a prolific poet, anthologist, and literary theorist, was awarded the 2011 Latino Literature Prize in the Poetry Category for his book Fragmentos de una manzana y otros poemas [Fragments of an Apple and Other Poems].

More about the symposium guests:

Daniel Alarcón is the host of Radio Ambulante, an award-winning Spanish-language podcast distributed by NPR.  Born in Lima, Peru, Alarcón was raised in the United States, and studied Creative Writing at the Iowa Writers Workshop.  He began writing for magazines like Harper’s, The New York Times Magazine, and The New Yorker in 2006, and produced his first radio documentary for the BBC in 2008 on Andean migration to Lima. Alarcón teaches radio and writing at the Columbia University School of Journalism. HIs books include War by Candlelight, a finalist for the 2005 PEN-Hemingway Award, Lost City Radio, named a 2007 Best Novel of the Year by the San Francisco Chronicle and The Washington Post. His most recent novel, At Night We Walk in Circles, was a finalist for the 2014 PEN/Faulkner Award. His graphic novel, City of Clowns, was published in 2015. He is a recipient of a Lannan Literary Prize, a Guggenheim Fellowship, and a Fulbright Fellowship.

Born in San Juan and based in New York, Giannina Braschi is a poet, essayist, and novelist. She holds a PhD in the Spanish Golden Age and has taught at Rutgers, Colgate, and City University of New York. She has written on Cervantes, Garcilaso, Lorca, Machado, Vallejo, and Bécquer. She is the author of the poetry collection Empire of Dreams, the Spanglish novel Yo-Yo Boing! and the philosophical new work of fiction United States of Banana. Braschi has received grants and awards from National Endowment for the Arts, NY Foundation for the Arts,  PEN American Center, Ford Foundation, Reed Foundation, Rutgers University, Danforth Scholarship, and Instituto de Cultura Puertorriqueña.

Heather Cleary is a translator, writer, and one of the founding editors of the digital, bilingual Buenos Aires Review. Her translations and literary criticism have appeared in Two Lines, A Public Space, and Words Without Borders, among other publications. Her book-length translations include Sergio Chejfec’s The Planets (finalist, Best Translated Book Award 2013) and The Dark (nominee, ALTA’s National Translation Award 2014) and Poems to Read on a Streetcar, a selection of Girondo’s poetry published by New Directions (recipient, PEN and Programa SUR translation grants). She holds an MA in Comparative Literature from NYU and a PhD in Latin American and Iberian Cultures from Columbia University. She currently teaches at Sarah Lawrence College.

Lina Meruane is one of the most prominent and influential female voices in Chilean contemporary literature. A novelist, essayist, and cultural journalist, she is the author of a host of short stories that have appeared in various anthologies and magazines in Spanish, English, German and French. She published a collection of short stories, Las Infantas (Chile 1998, Argentina 2010), as well as three novels: Póstuma (2000), Cercada (2000), and Fruta Podrida (2007). The latter won the Best Unpublished Novel Prize awarded by Chile’s National Council of the Culture and the Arts in 2006. Meruane received the prestigious Mexican Sor Juana Inés de la Cruz Prize in 2012 for Seeing Red. She earned a PhD in Latin American Literature from New York University, where she currently serves as professor of World and Latin American Literature and Creative Writing.

Fernando Operé is a professor of Spanish, and director of the Latin American Studies Program at the University of Virginia. He is an expert on Latin American literature, colonial and 19th Century, and Spanish and Latin American Poetry He has directed more than 30 theatrical productions and published 13 books of poetry; the last one was Around the World in 80 Poems (2013). He is also the author of several books of literary criticism and history, such as Indian Captivity in Spanish America. Frontier Narratives (2008); España y los españoles de hoy (2007) Historias de la frontera. El cautiverio en la América hispánica (2001); Cautivos (1997); and Civilización y barbarie en la literatura argentina del siglo XIX (1987), as well as numerous articles.

Cristina Rivera-Garza is the award-winning author of six novels, three collections of short stories, five collections of poetry and three non-fiction books. These works, originally written in Spanish, have been translated into multiple languages, including English, French, Italian, Portuguese, and Korean. She is the recipient of the Roger Caillois Award for Latin American Literature (Paris, 2013) and the Anna Seghers Award (Berlin, 2005). She is the only author to twice win the International Sor Juana Inés de la Cruz Prize: in 2001 for her novel Nadie me verá llorar and again in 2009 for her novel La muerte me da. She is the Breeden Eminent Scholar at Auburn University and a fellow at the UCSD Center for Humanities fall 2015. She received a Senate Grant from UCSD and the prestigious three-year Sistema Nacional de Creadores grant from Mexico.

Fernando Valverde has been voted the most relevant Spanish-language poet born since 1970 by nearly 200  critics and researchers from more than 100 international universities. He has received some of the most significant awards for poetry in Spanish, among them the Federico García Lorca, the Emilio Alarcos del Principado de Asturias and the Antonio Machado Awards. His last book, The Insistence of Harm, has been the most-sold book of poetry in Spain for months and has received the Book of the Year award from the Latino American Writers Institute of the City University of New York. For 10 years, he has worked as a journalist for the Spanish newspaper El País, during which time he has been a special envoy to Kosovo, Palestine, Bosnia and Syria, among other places.  He directs the International Festival of Poetry in Granada, and is presently teaching Spanish literature at the University of Virginia.