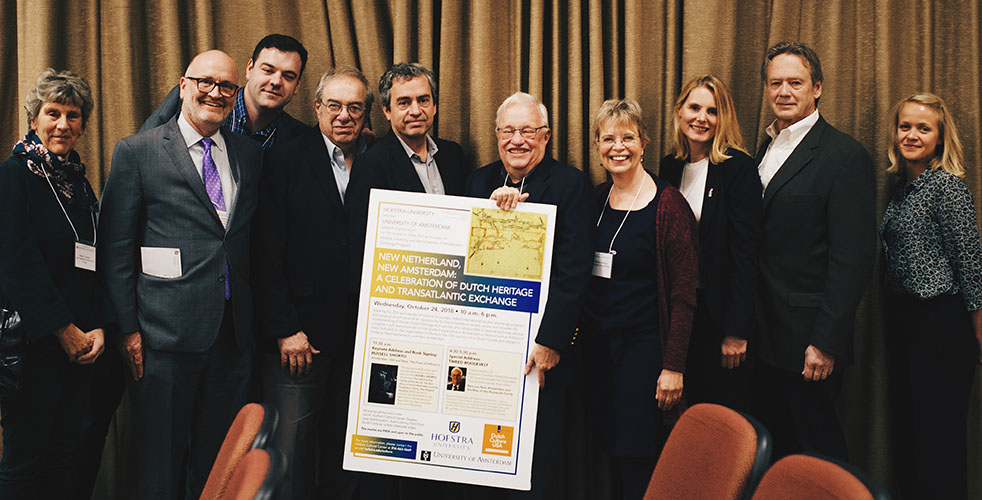 Hofstra and University of Amsterdam Celebrate Partnership with Fall Symposium

The recent symposium New Netherland, New Amsterdam: A Celebration of Dutch Heritage and Transatlantic Exchange celebrated the 25th anniversary of Hofstra University’s oldest international student exchange program with the University of Amsterdam. It was also a reminder of the powerful connection between New York history and Dutch influence, traces of which are still evident throughout the state.

Bestselling author, historian and journalist Russell Shorto presented the keynote address, “Amsterdam, Old and New: The Flow of Influence.” Shorto’s book The Island at the Center of the World: The Epic Story of Dutch Manhattan and the Forgotten Colony that Shaped America (2004) led to a broad reconsideration of the early Dutch colonial period of New York City and State and surrounding areas. He is also the author of Amsterdam: A History of the World’s Most Liberal City (2013) and Revolution Song: A Story of American Freedom (2017).

The symposium featured a discussion on student experiences in Amsterdam, Holland and at Hofstra, as well as a presentation on the resources of the New Netherland Institute in Albany and its ongoing projects to recover the historical record of the early Dutch colonies in the New World. Panels also addressed the organization of Dutch life as reflected by interiors, houses, and villages in Holland and the homes of the Dutch 18th century merchant class.

Visit the Hofstra Cultural Center website for more information about this event and future programming. 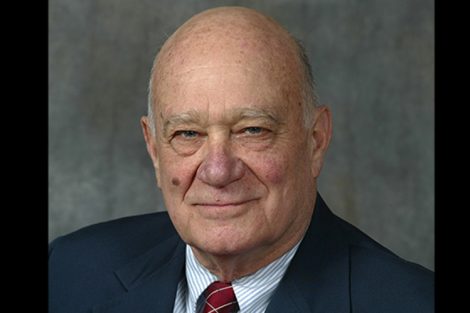