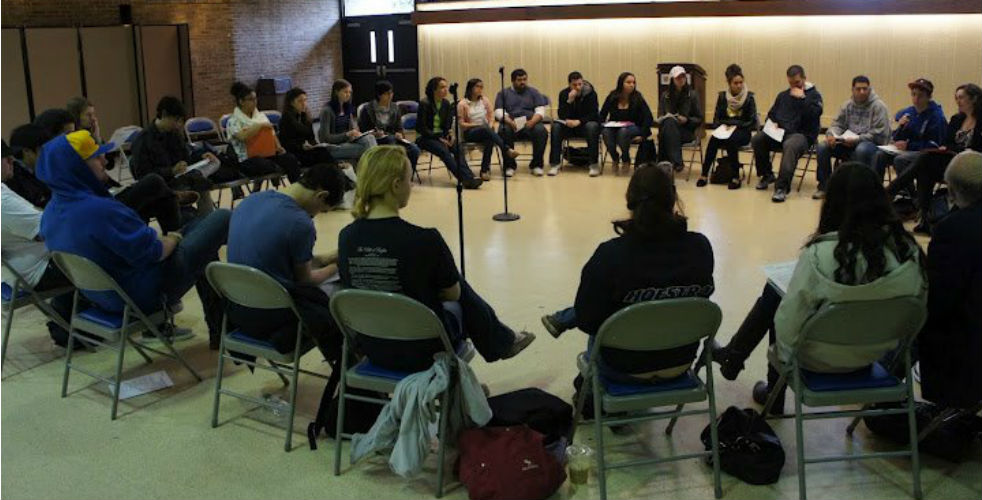 The Center for Civic Engagement’s 16th annual Day of Dialogue will focus on the theme “Born Free and Equal,” inspired by the 70th anniversary of the United Nations’ milestone document, the Universal Declaration of Human Rights. The day-long schedule of events features panels, discussions, performances and exhibits and will be held on Wednesday, Oct. 24, 2018, from 11:15 am-9 pm.

The Universal Declaration of Human Rights (UDHR) was drafted by representatives from all regions of the world and proclaimed by the United Nations General Assembly in 1948 as the first-ever set of fundamental human rights to be universally protected.  The drafting committee was chaired by former First Lady Eleanor Roosevelt, a champion of social justice issues, and contains 30 principles including the rights to liberty, dignity, and equality.

“Day of Dialogue is an opportune reminder that in celebrating the 70th anniversary of the UDHR, we must renew the task of engaging with universal rights,” said Aashish Kumar, the Center for Civic Engagement’s director for civic literacy and on-campus events and a television professor in the Lawrence Herbert School of Communication.  “It was Martin Luther King Jr. who said, ‘Injustice anywhere is a threat to justice everywhere.’ This year’s slate of events is our attempt to connect local and global rights-based struggles around education, race, immigration, and a just social order.”

Sessions this year include:

For a full schedule of event details including speakers, times and locations, visit Hofstra.edu/dayofdialogue.

Panels and workshops will feature Hofstra students, activists, and community representatives, as well as Hofstra faculty across numerous disciplines including anthropology, philosophy, political science,  television, and economics.  The performance of Homeful is co-sponsored by the Department of Drama and Dance, Hofstra University Honors College; Women’s Studies Program, and the Hofstra Cultural Center.