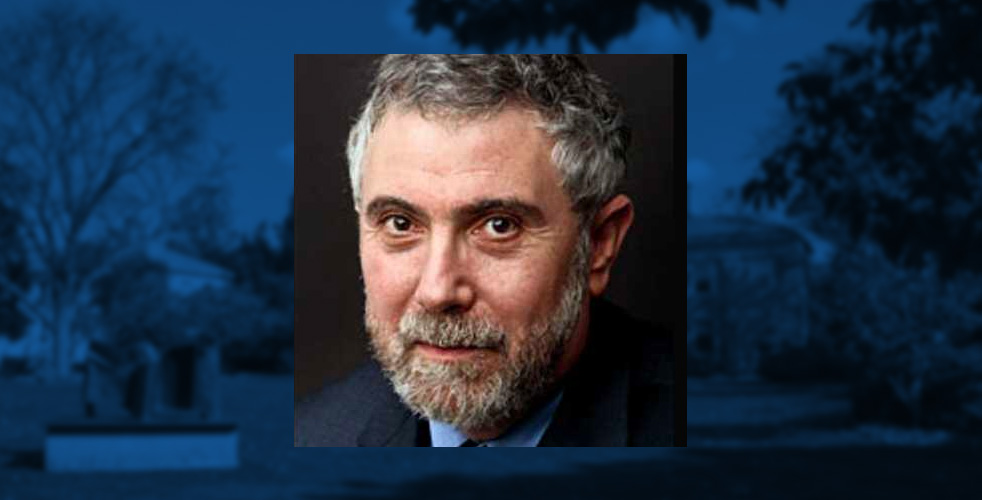 Nobel Prize-winning economist and New York Times columnist Paul Krugman will discuss the current economic conditions and how they will affect the 2018 midterm elections at a lecture on Tuesday, Oct. 9, 2018 at 6:30 p.m.

The lecture, part of the Hofstra Votes civic engagement campaign, will be held in the Fortunoff Theater, Monroe Lecture Center, South Campus. Admission is free and open to the public. The event is presented by the Frank G. Zarb School of Business, in collaboration with the Center for Civic Engagement and the Institute for Peace Studies.

Dr. Krugman, who is also a Distinguished Professor of Economics at the Graduate Center of the City University of New York, has spent more than 20 years writing extensively for the lay person about economics, economy and the effect politics has on both.

He is also a distinguished scholar at the Luxembourg Income Study Center at the City University of New York and professor emeritus of Princeton University’s Woodrow Wilson School. He received the Nobel Memorial Prize in Economic Sciences for his work on international trade theory in 2008.

Online MBA Ranked Among Top 10 in U.S.
Learning from the Long Island Express