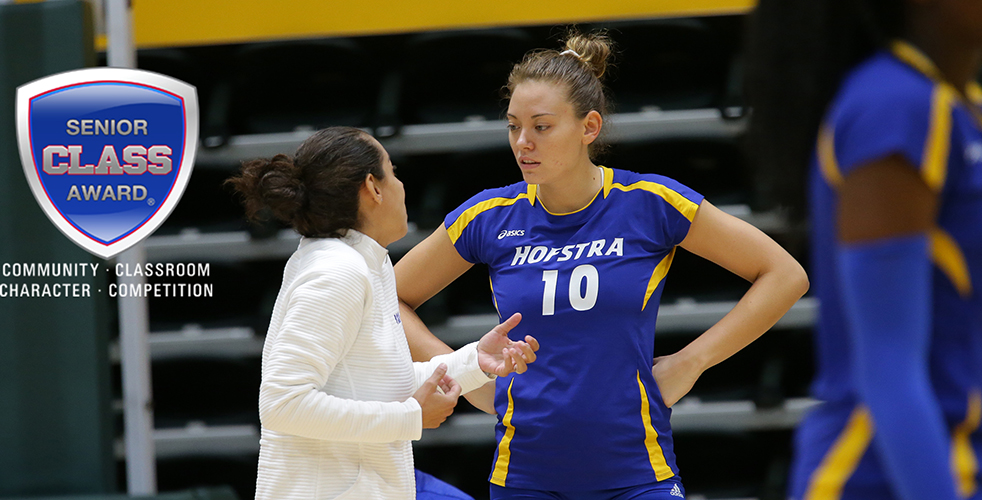 To be eligible for the award, a student-athlete must be classified as an NCAA Division I senior and have notable achievements in four areas of excellence: community, classroom, character and competition. The complete list of candidates follows this release.

An acronym for Celebrating Loyalty and Achievement for Staying in School®, the Senior CLASS Award focuses on the total student-athlete and encourages students to use their platform in athletics to make a positive impact as leaders in their communities.

Of the 30 candidates, 18 have grade-point averages of 3.5 or higher and 27 have received academic all-conference honors. Fifteen are returning American Volleyball Coaches Association (AVCA) All-Americans, and 10 are members of teams ranked in the AVCA Top 25 Coaches Poll. Outside of academics and athletics, all candidates have been consistently involved in community service on their campus or in their communities.

The 30 candidates will be narrowed to 10 finalists midway through the regular season, and those 10 names will be placed on the official ballot. Ballots will be distributed through a nationwide voting system to media, coaches and fans, who will select one candidate who best exemplifies excellence in the four Cs of community, classroom, character and competition. The Senior CLASS Award winner will be announced during the 2018 NCAA Division I Women’s Volleyball Championship in December.

Rucli, who carries a 3.52 grade point average as a business economics major, is a four-time member of the Dean’s List at Hofstra and a two-time recipient of the Colonial Athletic Association Commissioner’s Academic Honor Roll.

A member of the 2017 All-CAA third team and the 2016 All-CAA second team, Rucli has career totals of 885 kills, 476 total blocks, 421 block assists, 75 digs and 14 service aces. She is the program’s all-time leader in block assists and ranks third in total blocks.