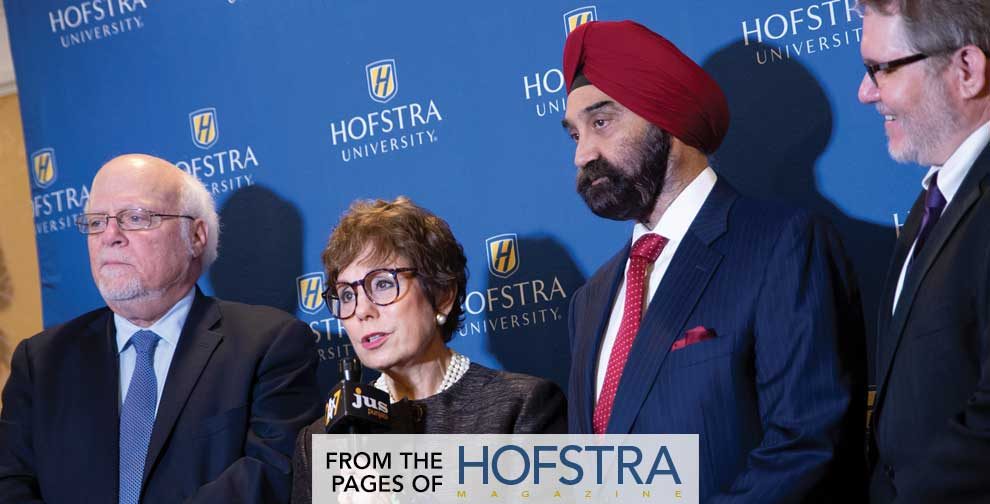 The Tanenbaum Center for Interreligious Understanding, founded 25 years ago and based in Lower Manhattan, offers programs and resources that provide educators, physicians, and corporate leaders with practical tools for addressing religious differences and creating cultures that respect religious diversity. It was founded in 1992 by Dr. Georgette F. Bennett, in memory of her late husband, Rabbi Marc H. Tanenbaum, a humanitarian interfaith leader.

Through its Peacemakers in Action Network, Tanenbaum also facilitates and supports collaborations by a network of individuals from varied religious traditions who promote grassroots and interfaith peacebuilding efforts around the world. The Network currently consists of 28 individuals from 23 regions.

Tanenbaum is also an inaugural member of the now 330+ participant CEO Action Diversity and Inclusion movement, and is in the third year of its public education campaign Combating Extremism, which aims to dispel stereotypes, inspire interreligious respect, and provide trustworthy information about current religion-related issues.

Dr. Benjamin Rifkin, dean of Hofstra College of Liberal Arts and Sciences, said: “Tanenbaum’s accomplishments and mission are a perfect manifestation of the vision for this award, which is based on the conviction that we have much to learn from the traditions of others.”

The $50,000 Guru Nanak Interfaith Prize is bestowed every two years to recognize significant work to increase interfaith understanding. The award was formally presented to the Tanenbaum Center at a banquet in April 2018.

The first Guru Nanak Interfaith Prize was awarded in 2008 to His Holiness the 14th Dalai Lama, Tenzin Gyatso. Since then, eight individuals and organizations have been recognized with the Guru Nanak Prize.

“Receiving the Guru Nanak Interfaith Prize is an honor of the highest order,” said Tanenbaum CEO Joyce S. Dubensky. “To be recognized as an advocate for the same values embodied by Guru Nanak — justice, equality, respect, and compassion — is an affirmation of everything Tanenbaum seeks to achieve.”

The Guru Nanak Interfaith Prize was established in 2006 by Ishar Bindra and family and named for the founder of the Sikh religion. It is meant to encourage understanding of various religions and cooperation among faith communities.

In September 2000, the Bindra family endowed the Sardarni Kuljit Kaur Bindra Chair in Sikh Studies at Hofstra University in honor of the family’s matriarch.

Tejinder Bindra, speaking on behalf of the Bindra family, noted when the award was inaugurated that Guru Nanak espoused a message of universal brotherhood at a time of increasing religious intolerance in India during the 15th and 16th centuries.

“It is in this spirit that the Guru Nanak Prize was initiated,” Bindra said. “If one can experience that universality, then there is absolutely no room left for differences in race, color, caste, creed, religion, or gender, and then as the Sikh scripture tells us, ‘I see no stranger.’”

“The award recipients may or may not be Sikh and may represent any of the multitudes of faiths or, for that matter, even no particular faith at all,” Bindra said. “It is their dedication that brings humankind to their shared destiny, common purpose, and roots that they honor.”