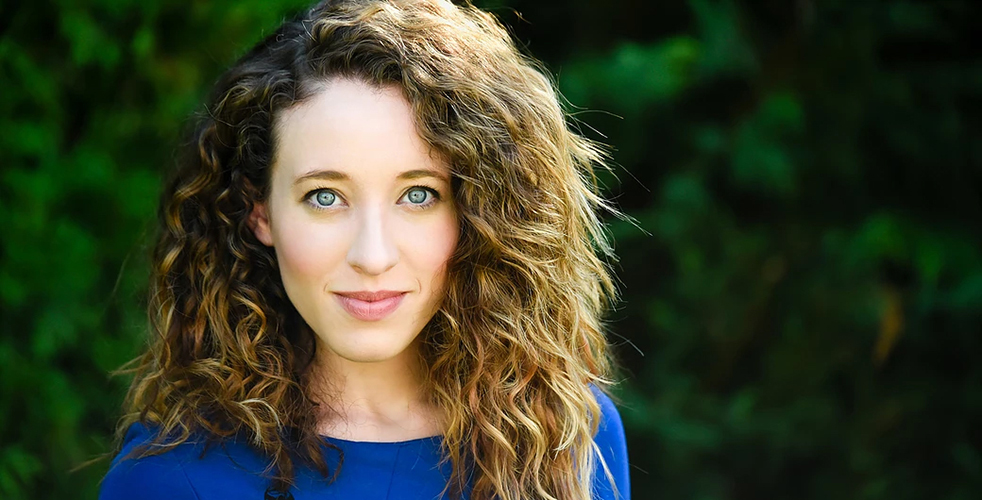 Kaitlyn Davis’s childhood wish was to play Christine Daaé in Phantom of the Opera. Growing up on Long Island, she performed in so many community theater productions she had to be homeschooled. After graduating from Hofstra in 2012 with a degree in Music Education, and receiving a master’s in Opera Performance at Rutgers, she landed the part of her dreams in Phantom’s North American tour.

Composer Andrew Lloyd Webber, lyricist Sir Richard Stilgoe, former Vice President Joe Biden, and Secretary of State John Kerry are just a few of the VIPs for whom Davis has performed as Christine. Now, after a brief hiatus, she is back on the road with Phantom while it takes up residence at the SHN Orpheum Theatre in San Francisco for the month of September.

“Phantom has been a major part of my professional career,” Davis says. “I’ve loved the show my whole life. So performing with this company is huge for me.”

Davis’s love of performing began with a middle school production of The King and I. Once bitten by the theater bug, acting and music became the center of her life. “I did a ton of local theater and got an agent in New York City. Homeschooling gave me the flexibility to go on auditions.” That flexibility did not slow down her education – Davis finished high school in two years.

The door to Phantom first opened for Davis while she was in graduate school. The casting director for the national tour emailed one of her professors in their search for a new Christine.

“I sent my name along,” said Davis, “and videos of myself performing songs from the show. I was finally called in for an audition.”

One audition led to another, and another … and another. “You have to go in seven or eight times before you actually get a job with them,” Davis says. “I was inconsolable the first time they turned me down. But with each audition I learned a little bit more about what they were looking for. I began taking ballet lessons and acting lessons and coaching with people who had been with the company previously. I was just building up my talent, so every time I went in for another audition I was more prepared. Finally, it clicked.”

This year marks the show’s 30th anniversary on Broadway, and it remains beloved by theatergoers around the world. “The music is beautiful,” Davis says when asked what resonates so deeply with audiences. “You get many different styles of music too. Cool rock sounds and lots of awesome tech elements.”

Then there is the Phantom. “A lot of people really sympathize with him,” she says. “I think the way Christine chooses to love him at the end is so beautiful. I think most people can relate to a moment or a relationship in which they’ve acted out, and then they were forgiven by someone they cared about. It’s like therapy watching all the emotions on stage.”

Taking Phantom on the road and restaging it in one city after another presents many special challenges. Skimping is not possible when it comes to recreating the glorious Paris Opera House, complete with a 500-pound chandelier that falls to the stage at the end of Act I. “The show travels in 22 semis,” Davis explains. “We have our own floor with a rotating track and a one-ton automated wall. Certain theaters have to reinforce their ceiling for the chandelier in order for us to perform there.”

On opening days, Davis says the actors have to adjust quickly to their new surroundings. “We arrive at the theater two hours before opening for soundcheck and to get a feel for the theater. That’s it.”

Perhaps a more difficult adjustment for the actors is the constantly-changing orchestra pit. Davis shares that the tour relies heavily on local talent. “We only travel with a violinist and three keyboard players. So depending on whether we’re playing San Francisco or Boise, Idaho, you could get a very different sound.”

As obsessed as she was with being on stage, Davis says she has no regrets about putting her young career on hold to pursue her degrees. “I never would have had the stamina to be Christine if I hadn’t studied opera – it’s a real challenge vocally.

“It was actually my professor at Hofstra – Tammy Hensrud – who gave me my first aria and said, ‘I think you can sing this.’ It was baby steps. It’s late to begin studying opera in college, but she taught me so much.”

Davis showed her range when she performed in Urinetown and Spring Awakening for Hofstra’s theater clubs and in Alcina for Hofstra Opera Theater. She was then accepted into the first class of Rutgers University’s graduate program for opera performance. “And a year after I completed my master’s I was cast in Phantom. All roads led me to Phantom.”

When not on tour with Phantom, Davis gives private voice and piano lessons on Long Island and in New York City. Asked if she has another dream role, she answers, “I would love to play Carole King in Beautiful. I write my own songs and feel that I really connect with her.” In fact, Davis recently released her first EP of original music, You Got Me. She describes her style as “folk pop. I love Sarah Bareilles and Ingrid Michaelson.”

Her advice for up and coming actors? “You are going to have a lot of teachers and coaches. Some of them are going to believe in you and some will have absolutely nothing to offer. You just can’t let one person’s negativity get you down. You have to keep going – knowing that you live for it.”