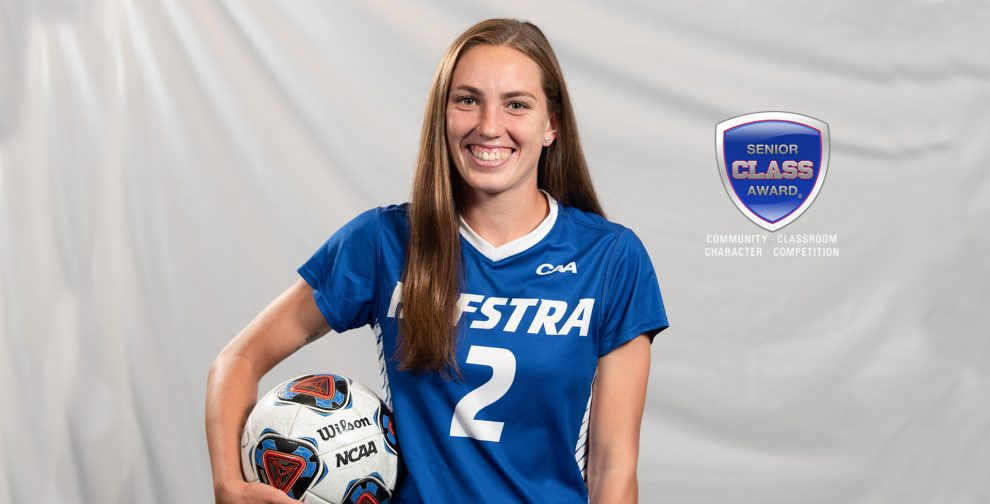 An acronym for Celebrating Loyalty and Achievement for Staying in School®, the Senior CLASS Award focuses on the total student-athlete and encourages students to use their platform in athletics to make a positive impact as leaders in their communities.

To be eligible for the award, a student-athlete must be classified as an NCAA Division I senior and have notable achievements in four areas of excellence: community, classroom, character and competition. The candidate pool will be narrowed to 10 finalists midway through the regular season, and those 10 names will be placed on the official ballot.

Anderson, the 2017 Colonial Athletic Association Defensive Player of the Year, was named the 2018 CAA Co-Preseason Player of the Year and has helped the Pride to a 6-3 mark with CAA play starting tomorrow night. She has a goal and an assist this season. As a junior, Anderson helped lead Hofstra to the NCAA Tournament and anchored a defensive unit that recorded 11 shutouts. She was an All-East Region selection as well as an All-ECAC performer. She also earned academic recognition as a United Soccer Coaches Scholar All-American and United Soccer Coaches Scholar All-Region selection. Off the field, Anderson has taken part in Hofstra’s annual Shake-A-Rake program in which members of the Hofstra community pitch in to clean up the yards of elderly/disabled residents in the neighborhoods surrounding the campus as well as the One Love Foundation “Yards for Yeardley” campaign to raise awareness about relationship violence.

The Senior CLASS Award winners will be announced during the 2018 NCAA Women’s College Cup® championship in December.

For more information on all the candidates, visit seniorCLASSaward.com.