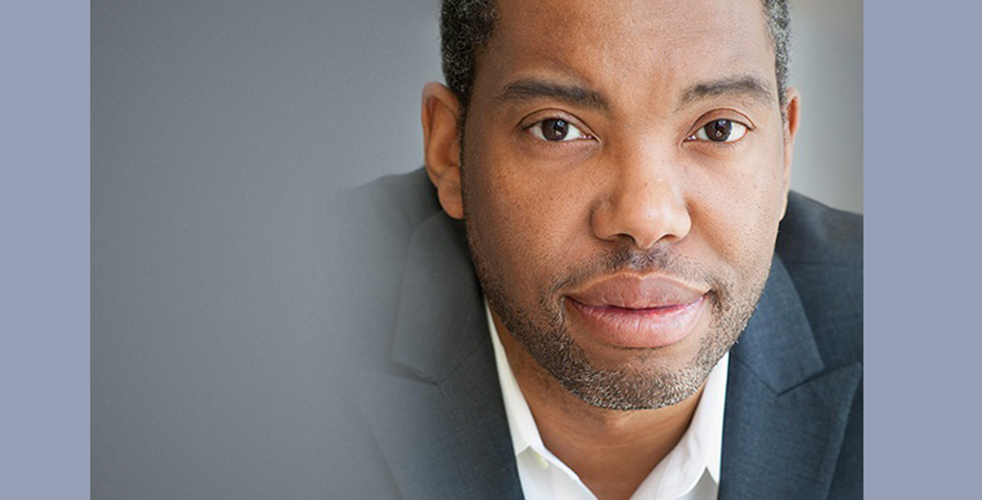 An emerging superhero in America’s social, cultural and literary landscape, Ta-Nehisi Coates will speak as part of the Hofstra Cultural Center’s Signature Event Series on Thursday, September 20, at 11 a.m.

The talk will be held at the Toni and Martin Sosnoff Theater at the John Cranford Adams Playhouse, South Campus. It is free and open to the public, but advance registration is required. Coates, the recipient of a MacArthur “Genius” Fellowship and the 2015 National Book Award for Between the World And Me, addresses some of America’s most complex and challenging issues pertaining to culture and identity.

Inspired by the presidency of Barack Obama, Coates framed Between the World and Me as a letter to his 15-year-old son. Coates shares the story of his awakening to the truth about his place in the world through a series of revelatory experiences. He explains what it means to be a young black man in America – the injustices and dangers from which he cannot shield his son.

Coates is a former national correspondent for The Atlantic. His 2017 book, We Were Eight Years in Power, features Coates’s iconic essays first published in The Atlantic, including “Fear of a Black President,” “The Case for Reparations,” and “The Black Family in the Age of Mass Incarceration,” along with eight fresh essays that revisit each year of the Obama administration through Coates’s own experiences, observations, and intellectual development.

Coates, a huge comic book fan, had the opportunity to bring his talents to Marvel in 2016 when he began writing for their Black Panther series. This summer he debuted as the new writer on one of the most iconic characters in the Marvel Universe – Captain America.

For more information on this event, call the Hofstra Cultural Center at 516-463-5669. Ta-Nehisi Coates’s program is part of the Hofstra Votes series.