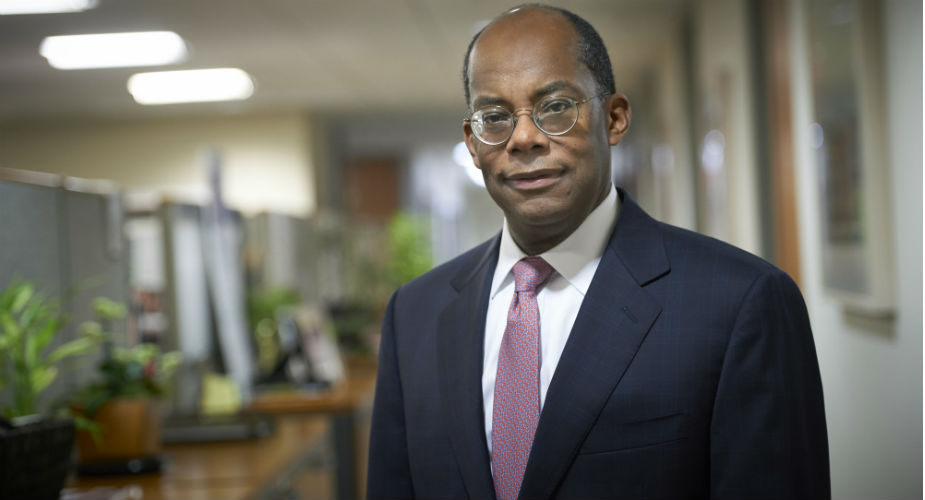 Roger W. Ferguson, Jr., president and CEO of TIAA, will deliver the second annual Zarb School of Business Distinguished Lecture at The Morgan Library and Museum in Manhattan on Wednesday, Sept. 12 at 3 p.m.

Ferguson’s lecture, “Preparing for Success in a World of Constant Change” will address the impact of fast-moving technological and demographic changes and discuss strategies for building lasting financial well-being.

The event is free, but advance registration is required. The Morgan Library and Museum is located at 225 Madison Avenue (at 36th Street). The event also will be livestreamed.

An economist and attorney, Ferguson is a former vice chairman of the Board of Governors of the U.S. Federal Reserve System who represented the Federal Reserve on several international policy groups and led the Fed’s initial response to the 9/11 terrorist attacks. Before joining TIAA in 2008, he was head financial services for Swiss Re, Chairman of Swiss Re America Holding Corporation.

He served on President Obama’s Council on Jobs and Competitiveness, and on the Economic Recovery Advisory Board. He holds a BA, JD and PhD in economics, all from Harvard University.

“Roger Ferguson is a transformational leader who has embraced and navigated change for his entire career,” said Zarb School Dean Herman Berliner. “His understanding of the global economy, his commitment to and knowledge of higher education and his advocacy for financial literacy make him a perfect choice to discuss how to chart a successful path in a highly dynamic, increasingly diverse marketplace.”

The Zarb School, which is accredited in both business and accounting by AACSB International, is consistently recognized for academic excellence by U.S. News & World Report, The Princeton Review, Bloomberg Business Week and Forbes. Its online MBA program is ranked #17 and #36, respectively, by The Princeton Review and U.S. News. The school will open a new, 50,000-square-foot facility in early 2019 that will expand and enhance research and entrepreneurship opportunities with a technologically advanced behavioral market research lab and an expanded start-up business incubator.