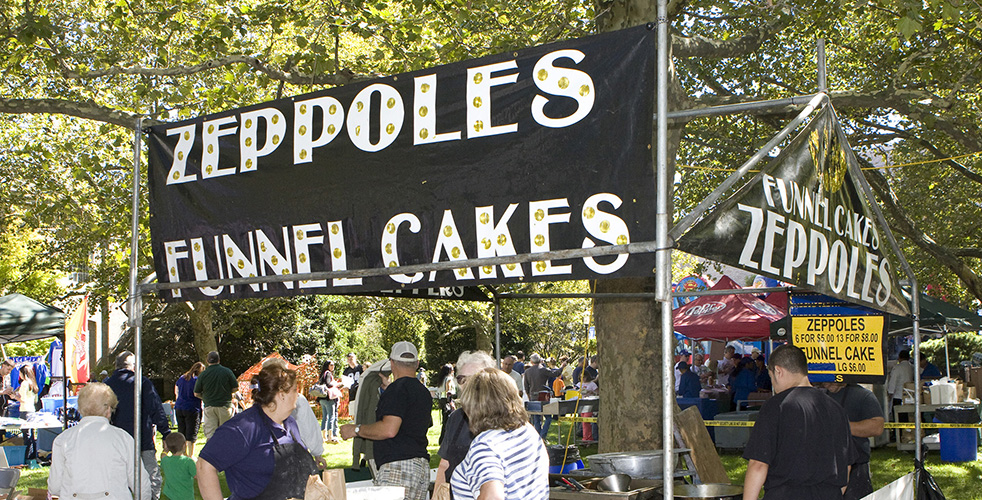 Celebrate Italy’s cultural and culinary influence on America at one of the largest and most beautiful outdoor festivals on Long Island when Hofstra University hosts the 26th Annual Italian Experience on Sunday, September 16, 2018, from 11 a.m. to 5 p.m. The festival will take place outdoors, rain or shine, on the South Campus.

The Italian Experience Festival is a popular tradition that features a full itinerary of crafts, live entertainment, children’s activities and food.

New this year to the festival’s entertainment lineup are singer and actress Francesca Capetta; Mickela Mallozzi from the Emmy Award-winning program Bare Feet; and Italian singer and actor Ciro Acampora.

For more information about the festival call 516-463-6582 or visit hofstra.edu/festivals.

Francesca Capetta is a singer and actress who has appeared in some of New York City’s major venues. She recently made her Carnegie Hall debut in the sold-out solo show Francesca Capetta Sings Dean Martin with the late French-Italian Tony Award-winner Liliane Montevecchi as a special guest. Capetta has been spotlighted in Broadway’s Rising Stars at Town Hall; Francesca Capetta: An Italian In New York at Feinstein’s/54 Below; Ziegfeld Midnight Frolic at the Broadway Liberty Theater; Sempreverde at the Queens Theater in the Park; and Bloody Beginning at the Weylin theater. Earlier this season she premiered her solo show Broadway and Jazz in Italy, and she will be performing in the leading role of Maria Montessori in the new musical La Dottoressa at Lincoln Center.

The daughter of Italian immigrant parents from Minturno (Lazio region), Mallozzi plays classical and jazz piano, violin and flute. She trained at the Stamford City Ballet School and Center Stage Dance Studio. Throughout high school, she continued performing and choreographing with prestigious companies in the tri-state area. She attended New York University for Music Composition, spending two summers abroad with the NYU Florence Program and in Rome as an AIAE Programma Ponte scholarship recipient.

After graduation and a stint working for a music management company, Mallozzi reentered the world of dance and began teaching jazz, tap , ballet and lyrical at the Locust Performing Arts Center in Stamford, CT as well as The Masala Bhangra Workout® at The Ailey Extension in New York City.

She created the Bare Feet project in 2010 to express her fascination for travel, folk dance and music. When in new places, she had always sought out local performances and celebrations. Mallozzi created the Bare Feet Blog, documenting her dance adventures around the world. This evolved into the Emmy® Award-winning TV series on public television nationwide, Bare Feet with Mickela Mallozzi.