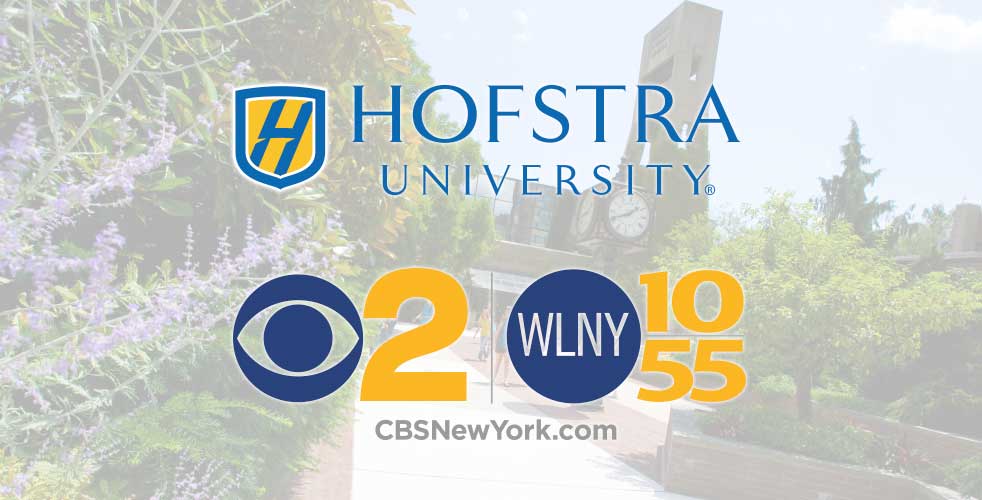 The hour-long commercial-free debate will be live-to-tape at 5 p.m., airing at 7 p.m. It is being offered to CBS affiliates across New York state and uplinked to them for carriage. It will also be simulcast in Spanish on WLNY TV-10/55, broadcast on radio station 1010WINS and be made available online – live and archived – at CBSNewYork.com and on Facebook.

The debate will include questions from moderator Maurice DuBois, co-anchor of CBS2 News and Marcia Kramer, chief political correspondent at WCBS-TV. The candidates will be seated and appear before an invited audience of about 150. No public tickets will be available.

Both Hofstra and CBS2 have a long tradition of and deep commitment to, promoting civic engagement and civil discourse through debates and public forums. Hofstra is the only university to host three consecutive presidential debates (2008, 2012 and 2016) and CBS2 is only station to host both the New York City Mayor and New Jersey Governor debates in both 2013 and 2017.

We look forward to providing New Yorkers with the opportunity to hear both candidates explain their positions on the important issues facing our state.

Media interested in covering the debate should go to hofstra.edu/demdebate18 for information about credentialing.