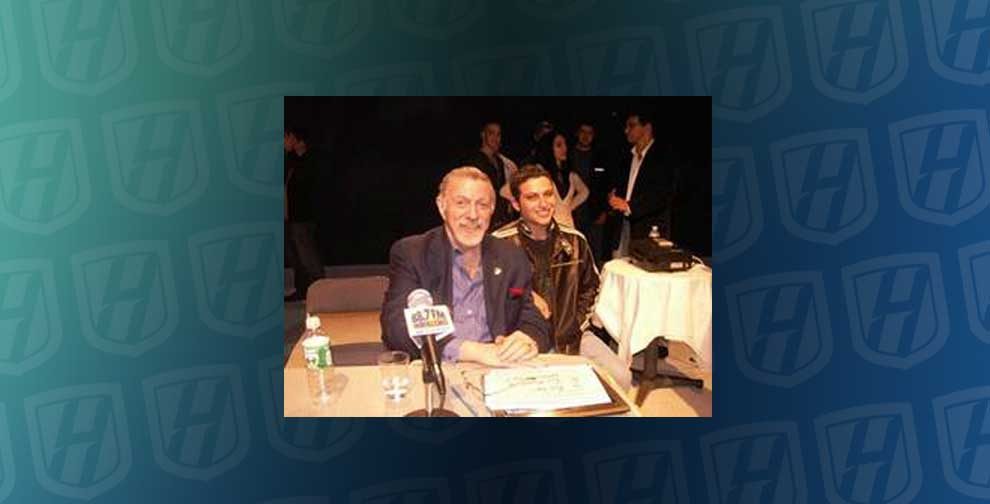 Hofstra University is saddened by the passing of famed radio personality Dan Ingram’56, a longtime host and disc jockey for WABC and WCBS in New York City.  Ingram died on Sunday, June 24 at age 83.

Ingram worked on air at WABC from 1961 to 1982, when the station switched formats from music to talk.  He then hosted CBS Radio’s syndicated “Top 40 Satellite Survey” and worked for a year at WKTU-FM before joining WCBS-FM, where he hosted “New York Radio Greats” from 1991 until his retirement in 2003.

“Dan Ingram was larger than life on WABC in its pop music heyday,” said Michael Harrison’71, publisher of radio industry trade magazine Talkers and fellow 2009 Hofstra Radio Hall of Famer.  “He was, in my opinion, the greatest top 40 radio disc jockey of all time – not just [as] a master of compacted content delivered by an awesome voice with a remarkable range, but a genius practitioner of timing that made the flow of elements, including his announcing, that rushed out of the speakers truly symphonic in nature. His influence on our industry’s music presenters and talk show hosts alike was absolutely profound.”

A Long Island native, Ingram began his career at small stations in New York and Connecticut and moved to larger markets in Dallas and St. Louis before returning to New York City.