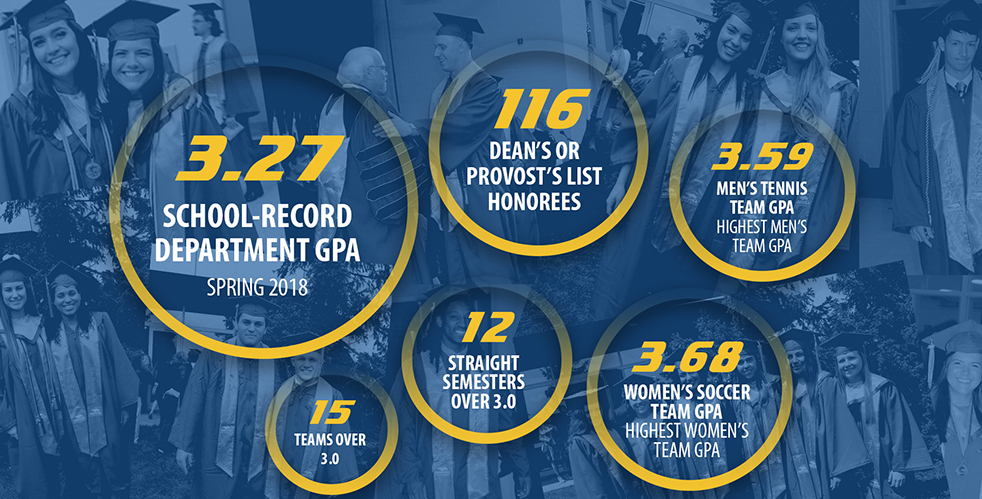 The spectacular work of the Hofstra student-athletes in the classroom continued during the spring semester as not only did the group of more than 300 Pride athletes compile a school-record 3.27 grade point average but 116 of them were named to either the Provost’s or Dean’s List for their extraordinary work.

“Our Hofstra student-athletes continue to showcase their incredible dedication to their academics on a daily basis,” stated Hofstra Director of Athletics Rick Cole, Jr. “I am so impressed with how well they manage all of the responsibilities that come along with being a student-athlete at Hofstra. A special thank you to Rachel Peel-Macandrew and Michelle Spaterella from our Center for University Advising for their tireless work with our student-athletes.”

Fifteen of Hofstra’s 17 athletic programs had at least a 3.0 team GPA in the spring semester, with nine of them carrying a 3.30 GPA or higher. The women’s soccer team, which captured the Colonial Athletic Association crown last year and advanced to the NCAA Tournament, led the way among all Pride teams in the spring with a 3.68 GPA. The top male team was the men’s tennis squad with a 3.59 GPA in the most recent semester. Every women’s team at Hofstra had at least a team GPA of 3.29 during the spring.

The Hofstra Soccer programs were the best in terms of student-athletes receiving Provost’s or Dean’s List recognition. The women’s team had 16 total on the two lists, while the men’s squad had nine.