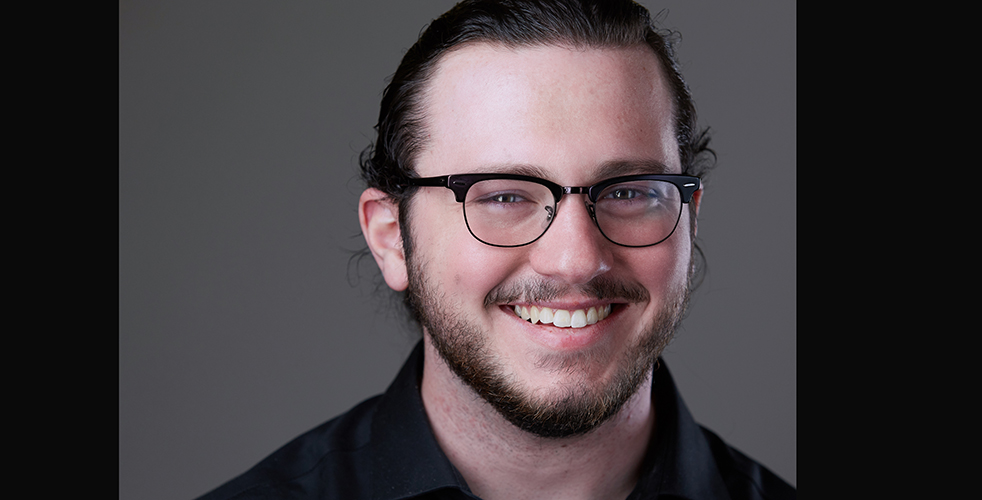 At a woodsy Maine campus, the country’s most dedicated student musicians hone their talents and perform weekly classical concerts at the Pierre Monteux School & Music Festival. This summer, Alexander Burns ’18, a Hofstra music education major who plays the double bass, has received a full scholarship and stipend to join the prestigious six-week program.

Founded as a conducting school in 1943 by the renowned conductor Pierre Monteux, the Monteux School and Music Festival gives students and more seasoned musicians the opportunity to immerse themselves in the demands of orchestral playing and learn a large and varied repertoire. Alumni of the program include Erich Kunzel, the late longtime conductor of the Cincinnati Pops Orchestra; Lorin Maazel, the late director of the New York Philharmonic; Ludovic Morlot, music director of the Seattle Symphony; and Academy and Grammy Award winner André Previn. 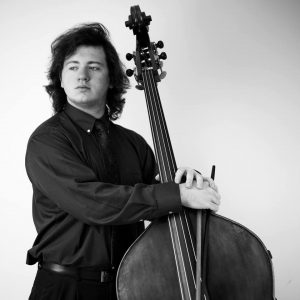 Rehearsals are Tuesday through Saturday – three and a half hours on Wednesday, Thursday and Saturday and seven hours on Tuesday and Friday. The rehearsals culminate with Sunday concerts that are open to the public. “Even when I have a day to myself,” he said, “I may just spend it practicing.”

Burns’ musical journey started early – in elementary school he was a triple threat: chorus, band and orchestra. He first visited Hofstra in the 4th and 5th grades for the New York State School Music Association (NYSSMA) Major Ensemble Festival. He started playing the cello, but at 13 his teachers suggested he switch to bass. “Not because it’s an easier instrument,” he said, “but because they thought it might fit me better.”

As he progressed, Burns was instructed to narrow his musical focus. So what he couldn’t play in school, he learned on his own: Trombone, guitar, flute, drum, violin and saxophone.

Even now he’s picking up something new. “I just got an accordion from my great aunt. It’s a 70-year-old Wurlitzer – it’s really cool.”

Unlike his K-12 experience, Burns has performed with virtually every large and small music ensemble in Hofstra’s Music Department – singing, conducting and performing his multitude of instruments.

Behind the scenes, Burns says his professors have had a profound impact on his performance style and approach to music.

“Martin Wind is my bass professor – he’s been pushing me since freshman year. Every lesson we’ll spend 20 minutes on perfecting something small – maybe three notes,” Burns said. “Even if I think it’s crazy, he sees the importance of getting every single note perfect. He sees the big picture. He helps make practicing cathartic and meditative.

“Pete Coco is my other bass professor. Our lessons are more intermittent but tough. Professor Glaser is the most supportive person on the face of the earth,” he said. “And Professor Cindy Bell – not only does she teach me things in the classroom – but if I need to discuss something regarding my education or just life in general, her door is always open.”

For Professor Bell, the feeling is mutual.

“Alex is committed to his total musicianship,” she said “He has set the pace for practice room ethic at Hofstra.  He recently borrowed a bassoon from me, because he wanted to ‘try it out.’  I wish every student had his enthusiasm for learning, practicing, and playing.”

In the fall, his final semester at Hofstra, Burns will be student teaching. He’ll start on the elementary school level in the Plainview-Old Bethpage District and then finish up at Roslyn High School.

Meanwhile, he’s preparing for graduate school auditions in the fall, and describes his current practice schedule as “whenever I wake up to whenever I go back to sleep.”

“I’d like to perform and play in an orchestra,” he said “but my master plan changes week to week. I feel I’ve proved to myself that I have potential and can keep my options open.”

Studying the Dangers of Vaping
Nominated by Northwell