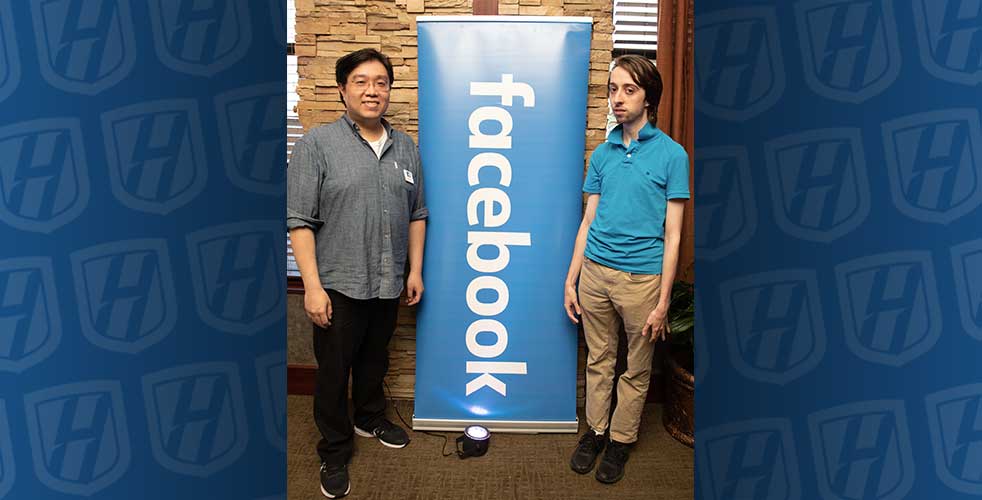 Two students were commissioned by Facebook to design a cyberdefense computer platform that was used for a national competition to test the skills of high school and middle school students interested in cybersecurity.

The 10th Annual CyberPatriotX Competition presents students with various cybersecurity problems, from finding and fixing weaknesses to defending against attacks.

The Hofstra students created the platform used for one round of the contest in which teams had to defend a collection of pre-programmed attacks launched from a grading server and protect their systems. They were also challenged in areas including common web application vulnerabilities, network configurations, Linux file system permissions, and cryptography.

“This was a valuable opportunity to get practical experience building software and learning about security concepts,” Osterweil said.  “I was also able to build connections and network with professionals at Facebook.”

Cheng is pursuing a Masters in Computer Science and is under contract as an engineering project manager for cybersecurity engagement at Facebook.

“The opportunity to develop the open source platform has given me valuable experience and knowledge in cybersecurity, project management and software coding and engineering,” Cheng said.

A total of 5,584 teams registered for this year’s competition and the top 25 finalists participated in the Facebook challenge.   Winning teams earned national recognition and scholarship money.