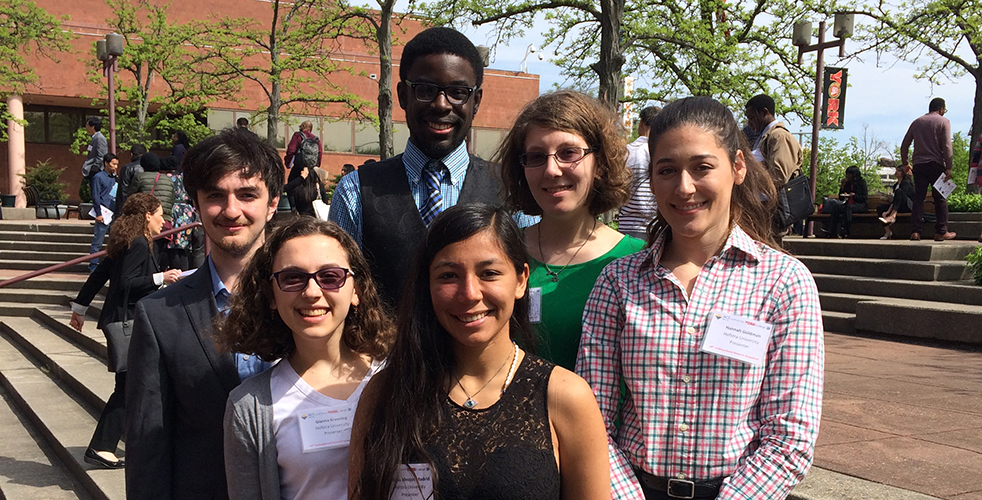 Hofstra chemistry students presented research at the 66th Annual Undergraduate Research Symposium of the New York Section of the American Chemical Society (ACS). The event, attended by college students and faculty throughout the metropolitan area, was held on May 5 at York College in Queens, New York.

A Study of Peptide Conjugates as Potential Agonists or Antagonists of Amylin Aggregation by Hannah G. Goldman, Hofstra University, and Professors Jayson Vedad and Ruel Z. B. Desamero of York College and The Institute for Macromolecular Assemblies