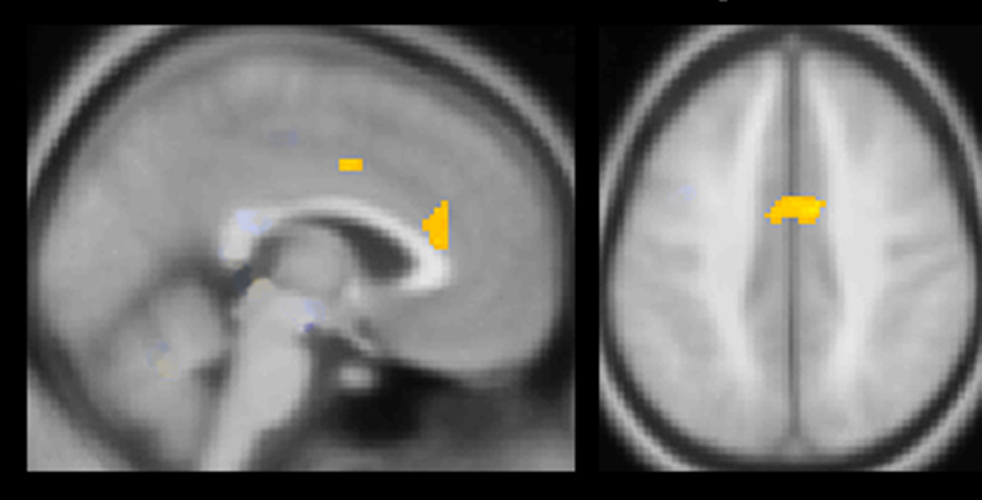 New research by scholars from Hofstra University and the Northwell Health system may lead to a fast and efficient test to determine whether patients who are experiencing their first psychotic episode will respond to certain antipsychotic medications: risperidone (trade name Risperdal) and aripiprazole (Abilify).

The findings, recently published in the journal Brain Imaging and Behavior, show that when individuals with psychosis are performing a simple behavioral activity, they have patterns of brain activity that can be used to predict how well they will respond to Risperdal and Abilify, or if alternate treatments are necessary.

About a third of patients don’t response to these common antipsychotic medications, but right now the only way to determine that is through trial-and-error. This potentially delays effective treatment and subjects patients to unnecessary side effects, said the study’s lead author, Keith Shafritz, associate professor of psychology at Hofstra University, professor of psychiatric neuroscience at Feinstein Institute for Medical Research and the study’s lead author.

“Currently, there are no reliable ways of determining who will respond to medication and who would benefit more from psychological based therapies,” Shafritz said. “So medication is prescribed to patients in a trial-and-error process.”

If brain imaging data indicates it is unlikely a patient will respond to one of these two primary antipsychotic medications, doctors can more quickly move to a different medication or try cognitive-behavioral therapies to reduce a patient’s symptoms.

This study is the first to use a simple behavioral test in conjunction with a brain imaging technique called task-based functional magnetic resonance imaging (fMRI) in an effort to predict who will respond to medication. The fMRI takes approximately 9 minutes to complete. Prior MRI scans required patients to sit still for triple that amount of time. The fMRI scanner uses visual cues to help patients complete a brief behavioral task. It quickly measures brain activity by examining blood flow to different areas of brain as patients work out these mental tasks.

The study group for this research trial was comprised of 33 patients who had experienced a psychotic episode and a control group of equal size made up of people of comparable ages, IQs and education. The patients who had been through a psychotic episode were prescribed either Risperdal or Abilify, but were not told which one they were taking. According to Dr. Shafritz, of those patients who responded to medication, Risperdal and Abilify were equally effective in treating their symptoms.

All study participants were asked to look at a computer screen and watch for a circle either on the right side or left side of the screen.  While doing so, they held a response box and were asked to press a button on the opposite side from the circle.

“A brain region along the midline of our frontal lobes that is normally used when we are making decisions about how to respond in a given situation is even more active in patients who are experiencing a psychotic episode,” Shafritz said.  “The amount of activity in this brain area when patients first started using one of the two antipsychotic medications predicted how well the medications reduced their psychotic symptoms.”

With further testing and standardization, the brain imaging technique reported by the research team can be used by psychiatrists to determine whether giving medication to a particular patient will be a useful therapeutic strategy.  A prior study by members of this research team found that a different technique called resting state fMRI can also help doctors determine which patients will respond to medication.  When used together, these techniques might give doctors the information they need to successfully treat patients on their first attempt at prescribing medication.

When asked to define what is meant by a “first psychotic episode,” Dr. Shafritz explains, “A person’s thinking becomes detached from reality. Their worldview is abnormal. They may experience hallucinations, such as voices and visions, or delusions of paranoia or grandeur.” Only infrequently, Dr. Shafritz says, a psychotic episode is accompanied by acting out or violence.

“They have deficits of executive function and lose the ability to behave flexibly. To plan for the future and execute that plan is something they are unable to do.”

Dr. Shafritz says that the typical time for people to experience an initial psychotic episode is in late teens to early 20s. While the majority of study participants fell into that age range, there were some as young as 15 and adults in their 30s.